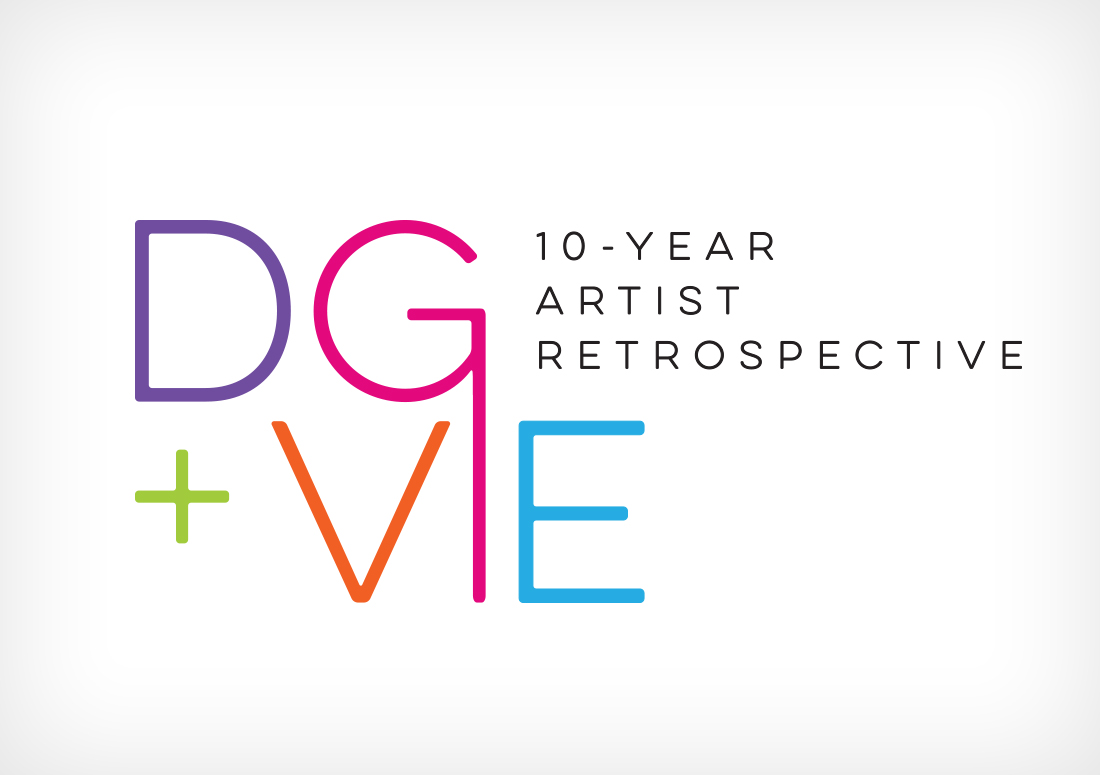 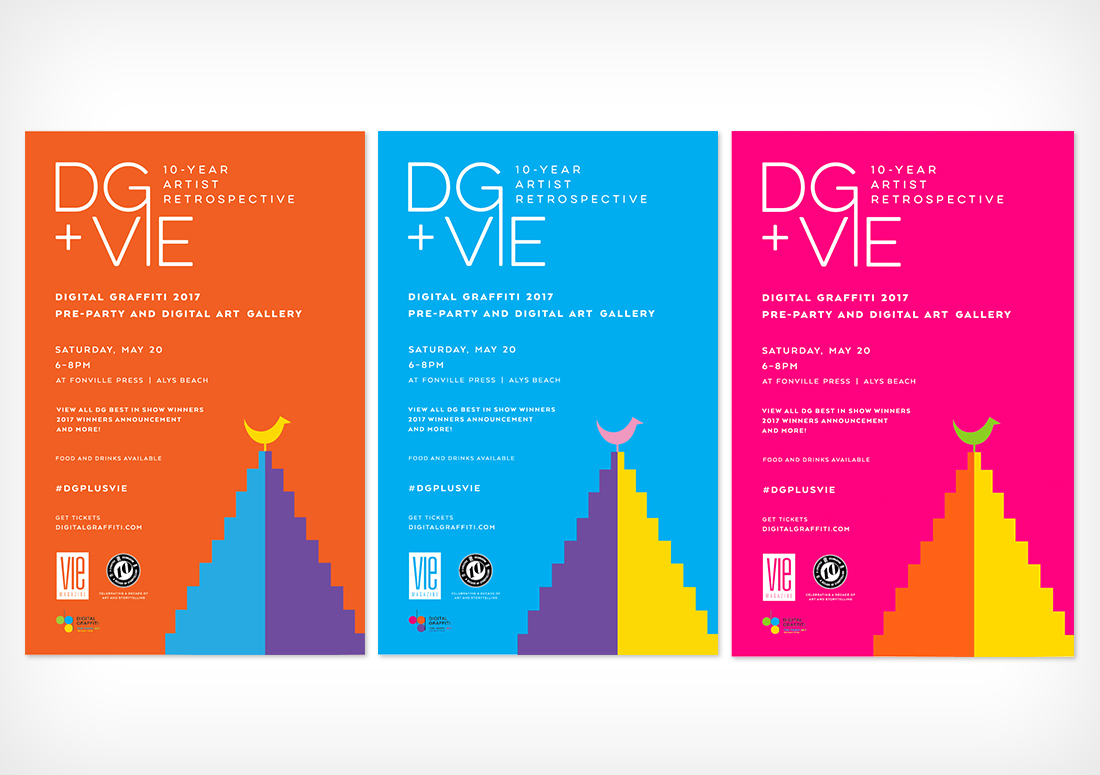 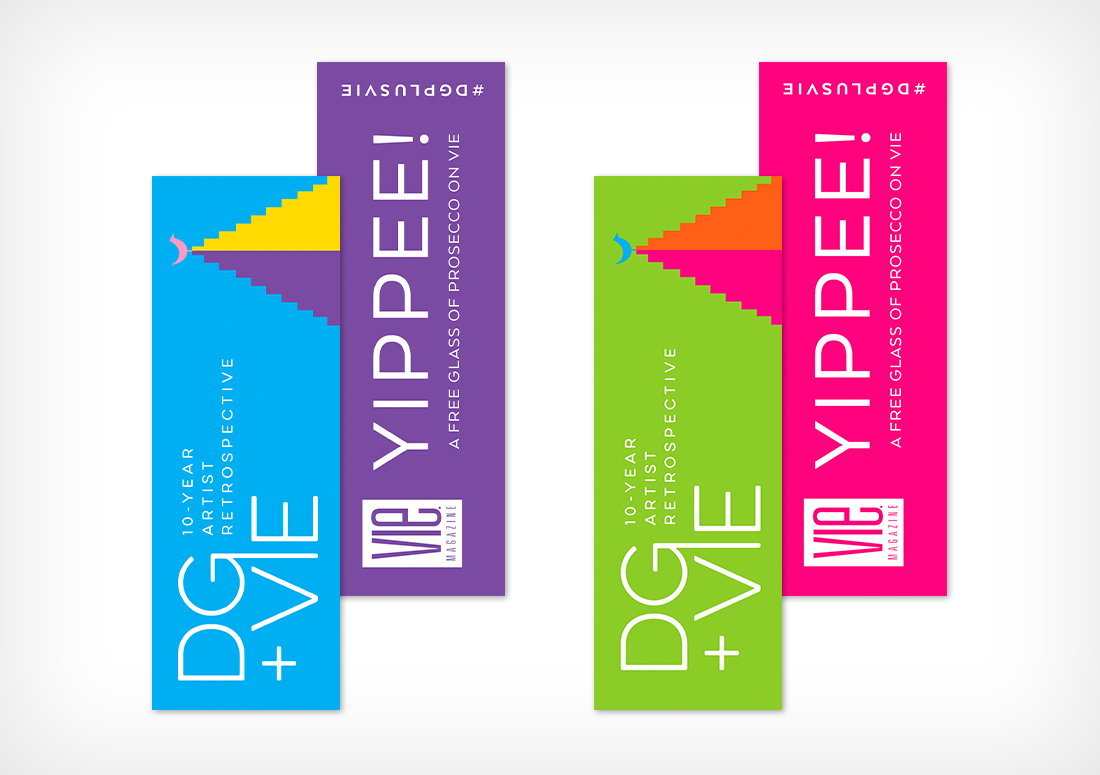 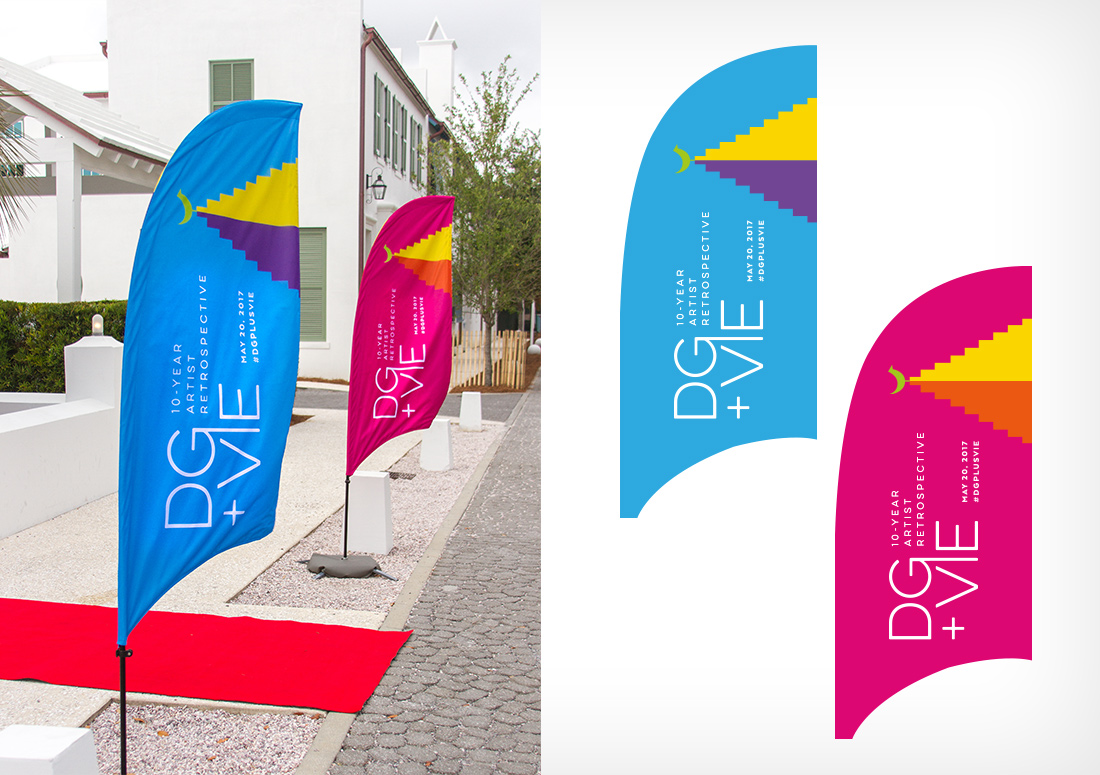 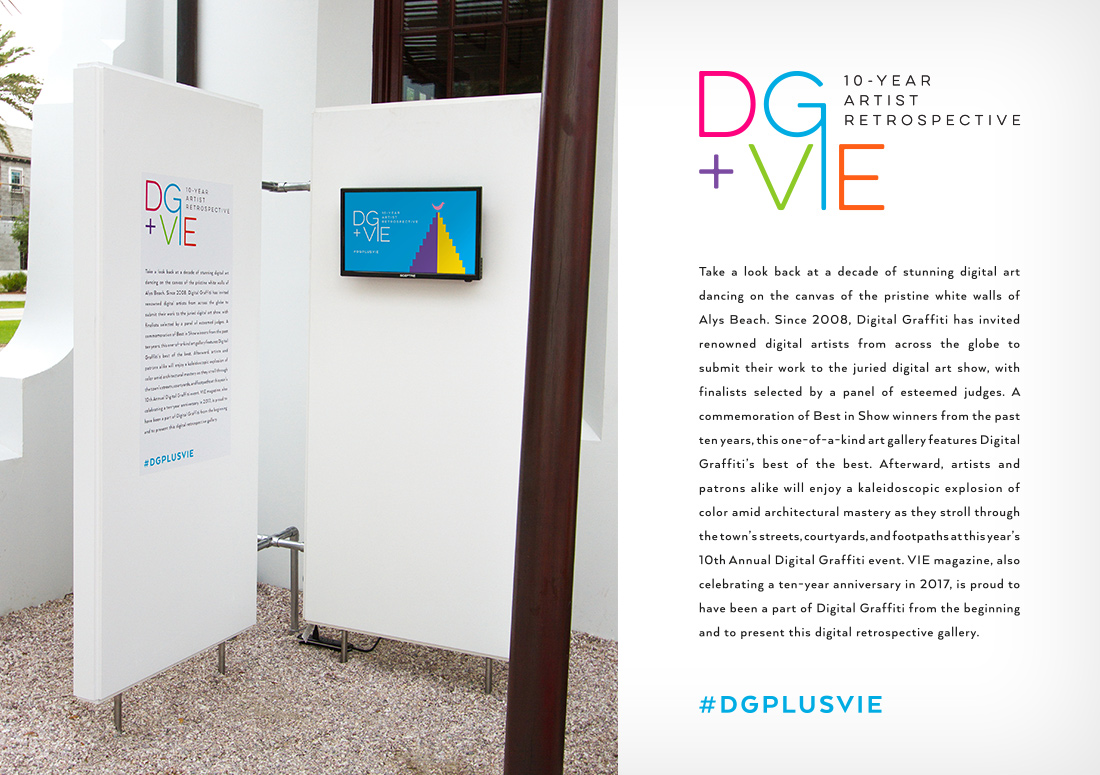 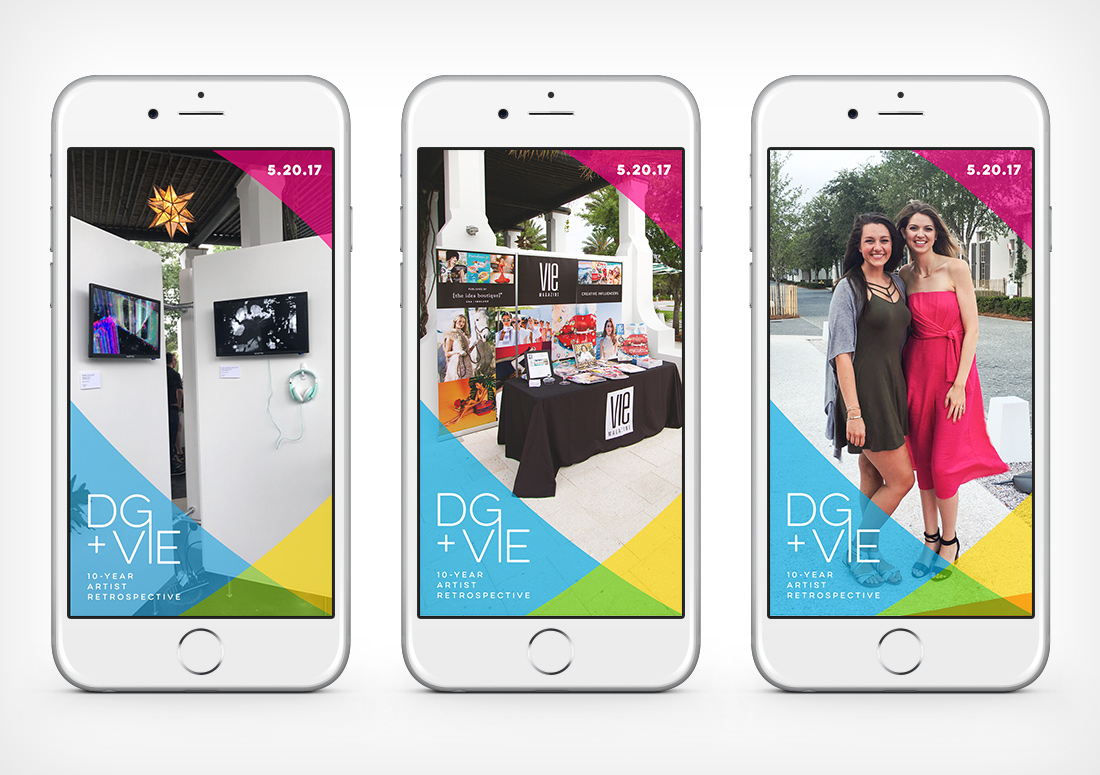 To honor a decade of awe-inspiring digital art, VIE magazine partnered with Alys Beach and Digital Graffiti with the second-ever DG + VIE party, the first being a Studio 54-themed collaboration in 2013. VIE—also celebrating its upcoming ten-year anniversary—hosted the Ten-Year Artist Retrospective soiree on Saturday, May 20 from 6:00 to 8:00 p.m. at Fonville Press. All ticket holders were invited to stop by for a martini, drinks, and small bites from Fonville Press, enjoy strolling through the best of the best from Digital Graffiti festivals past, enter some exciting giveaways, and be there for the 2017 winners announcement for Best of Show, Curator’s Choice, and Honorable Mentions.

Much like trendy art galleries in New York City and the West Coast, The Idea Boutique envisioned a digital art gallery that paid homage to all the past Best of Show winners. A new logo design was created for the DG + VIE event, plus branded collateral including posters, entrance banners, Snapchat filters, and drink tickets. Branded e-mail blasts were deployed to promote the event along with social media marketing and traditional public relations.

Everyone got into the groove of the party and Fonville Press was dressed to match with sophisticated cool with in the tufted furniture, coastal glamour, cool drinks, and a custom party playlist pumping through the speakers.

Photos from the event by Jim Clark.