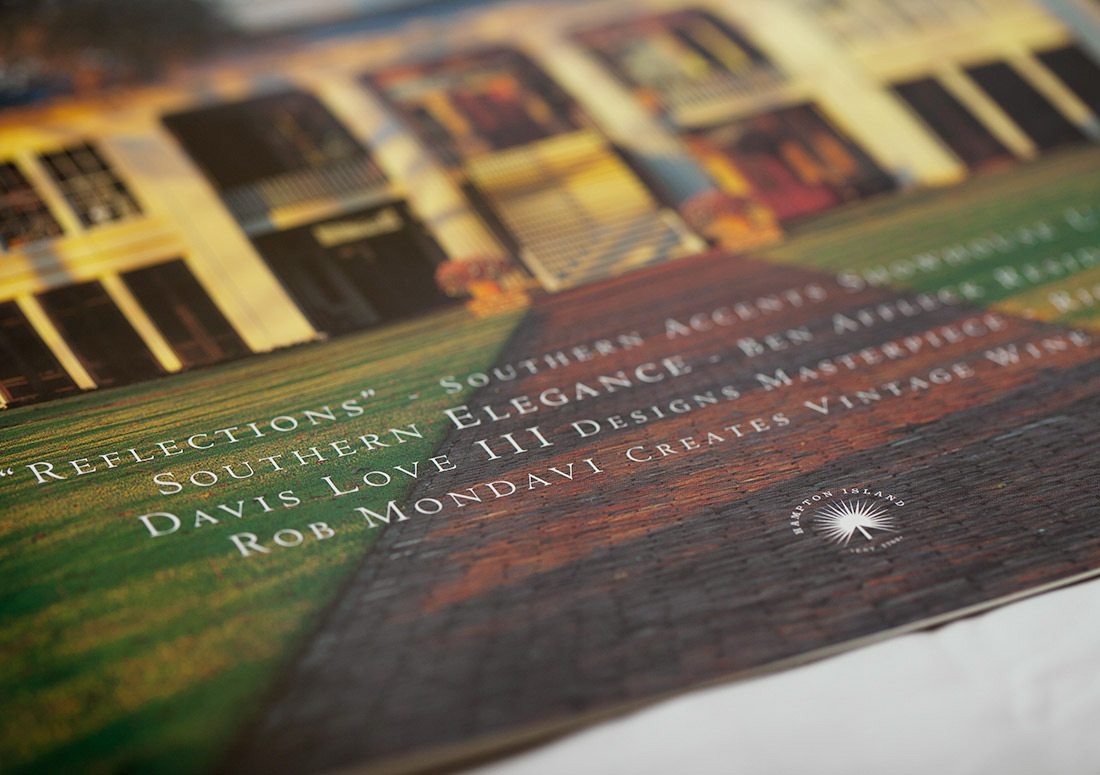 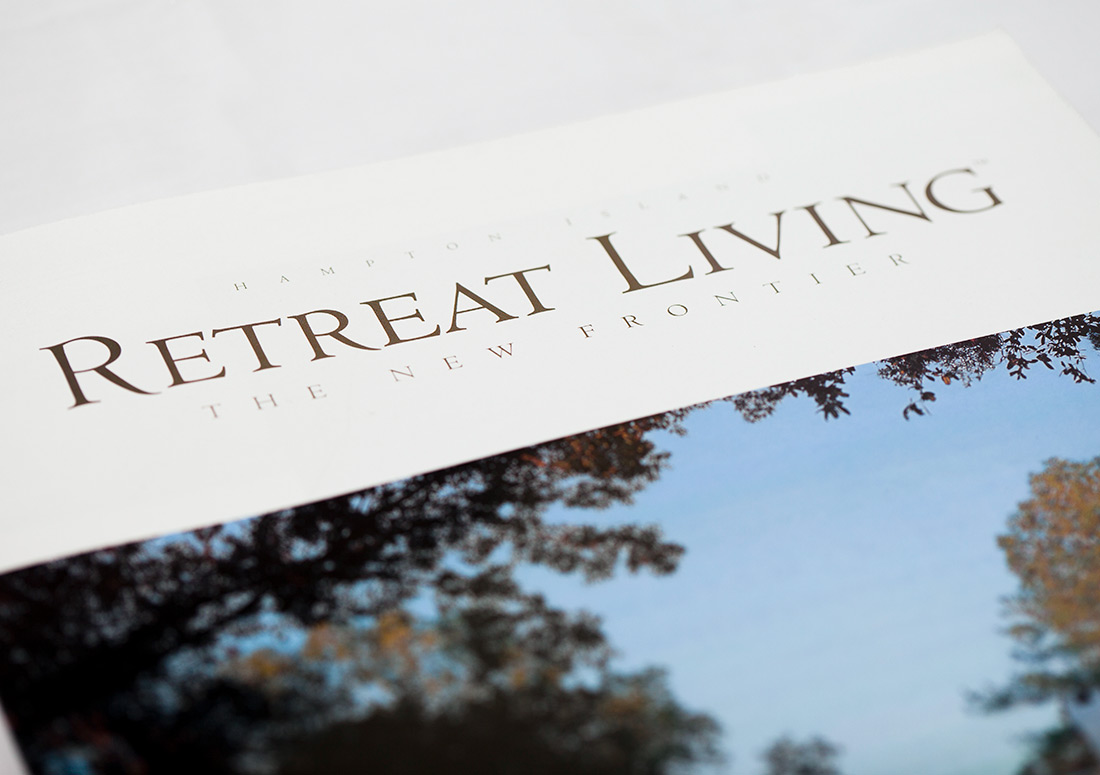 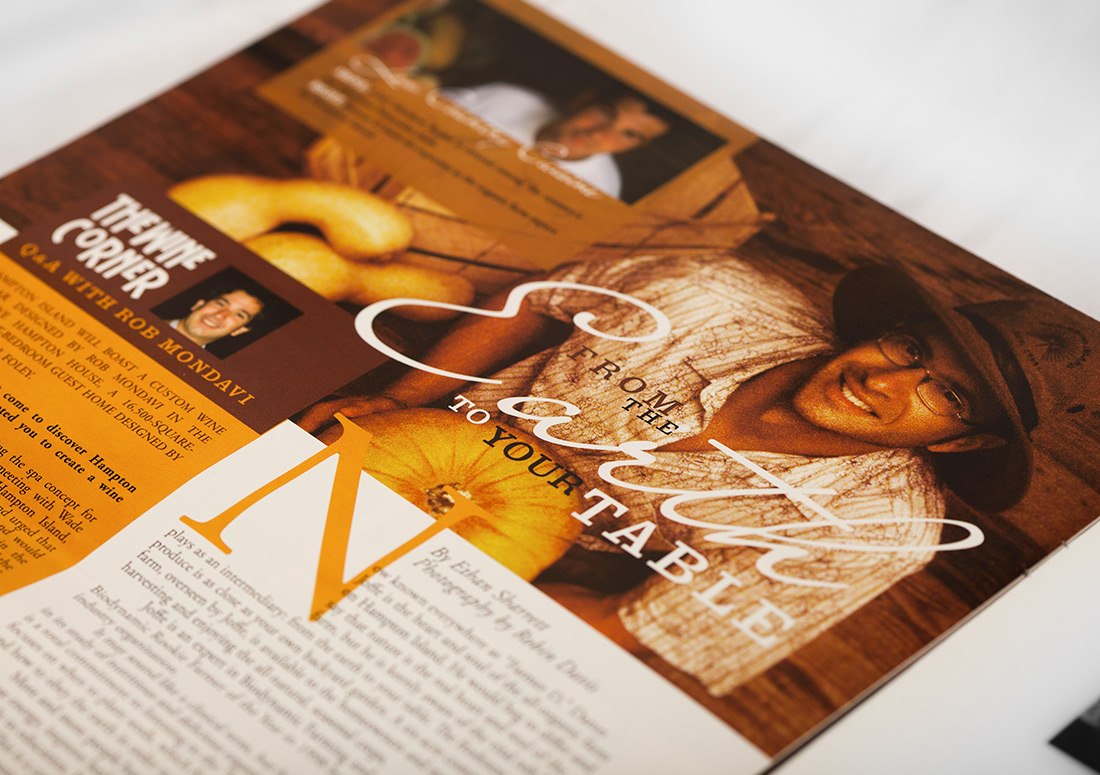 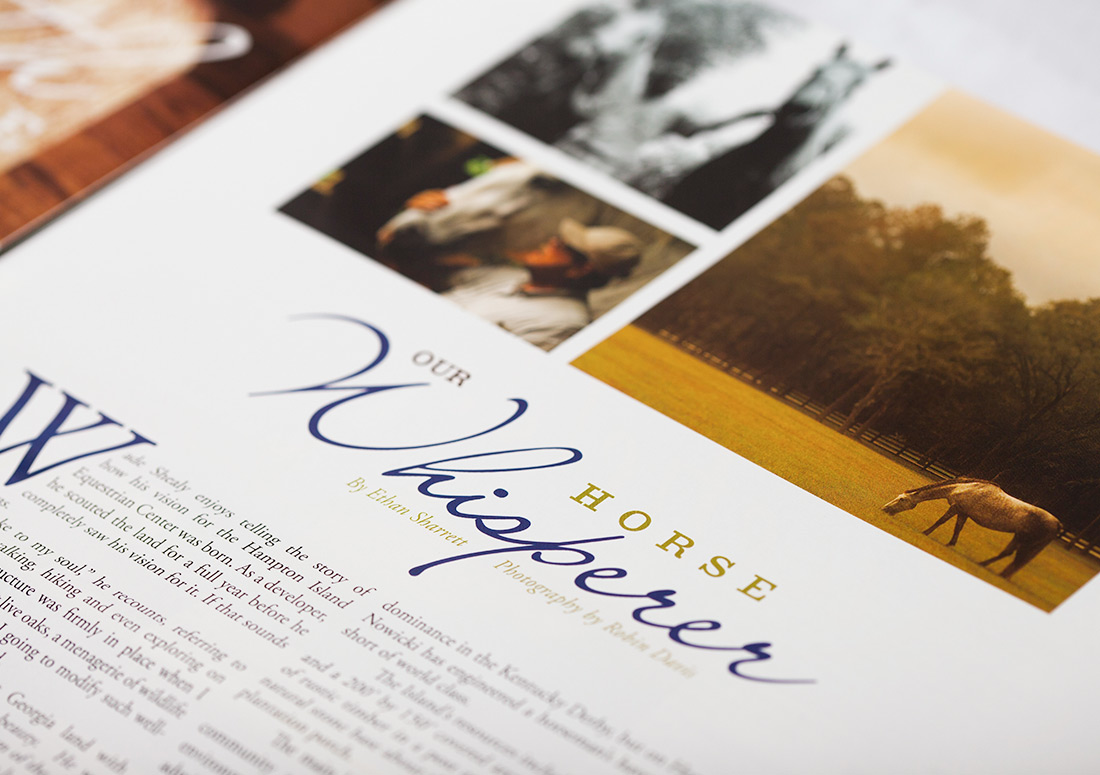 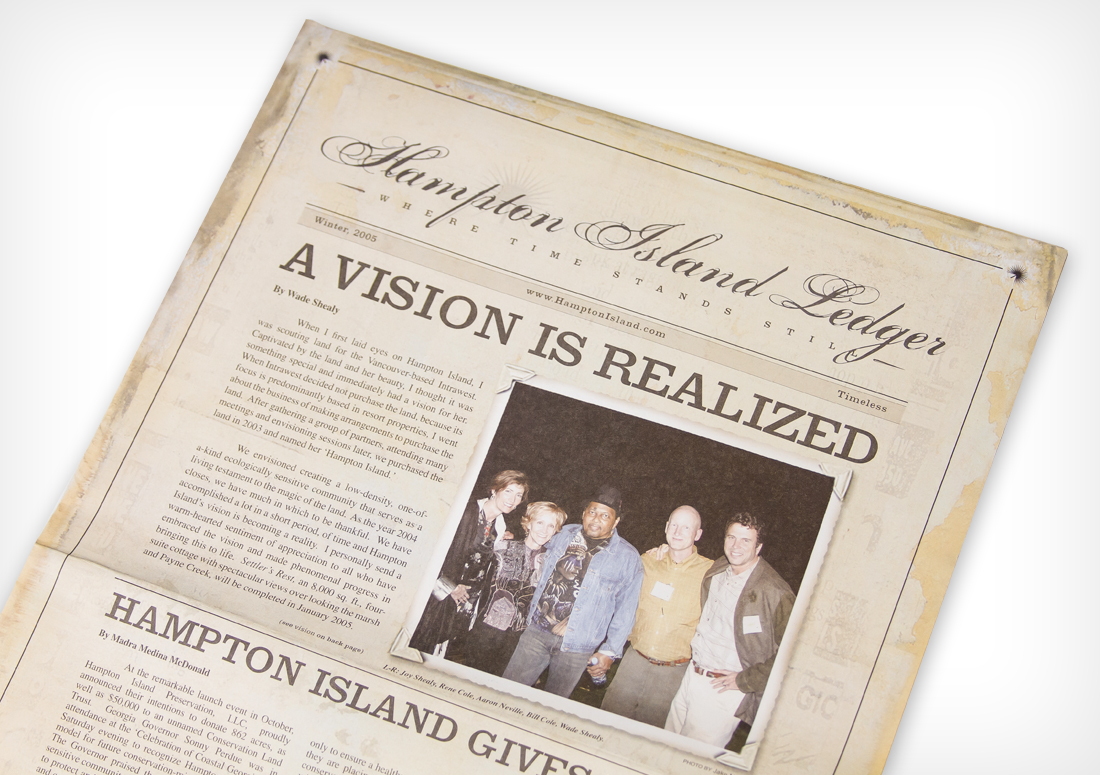 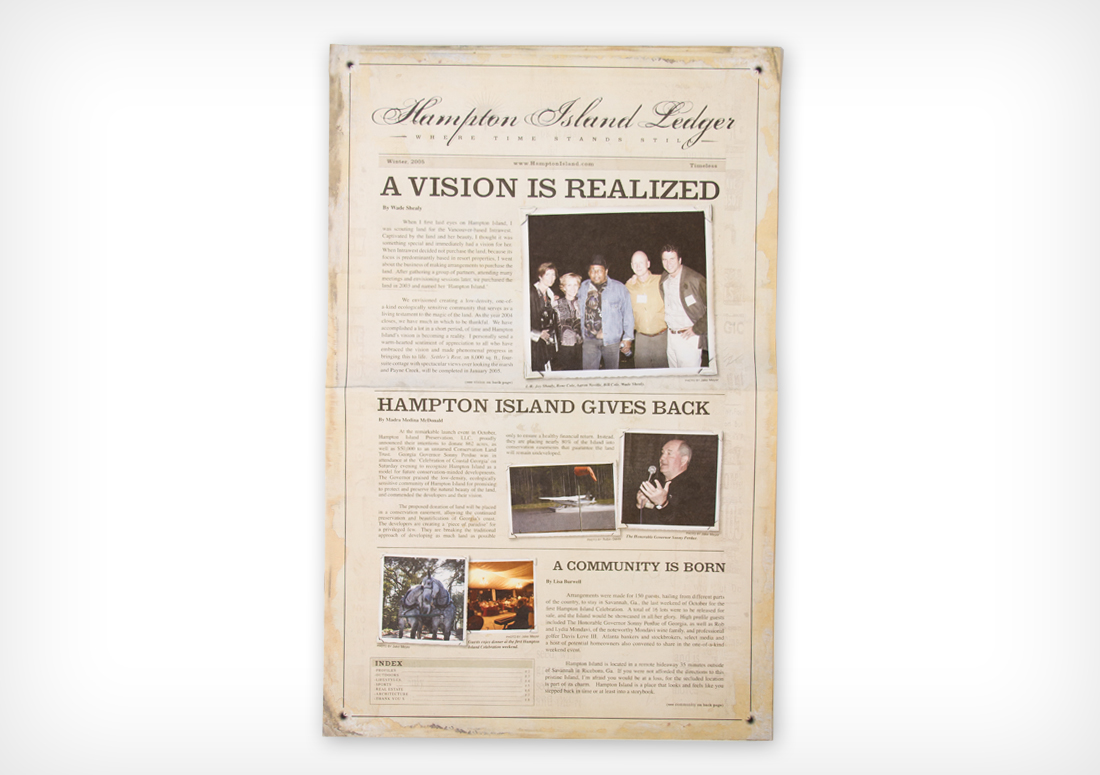 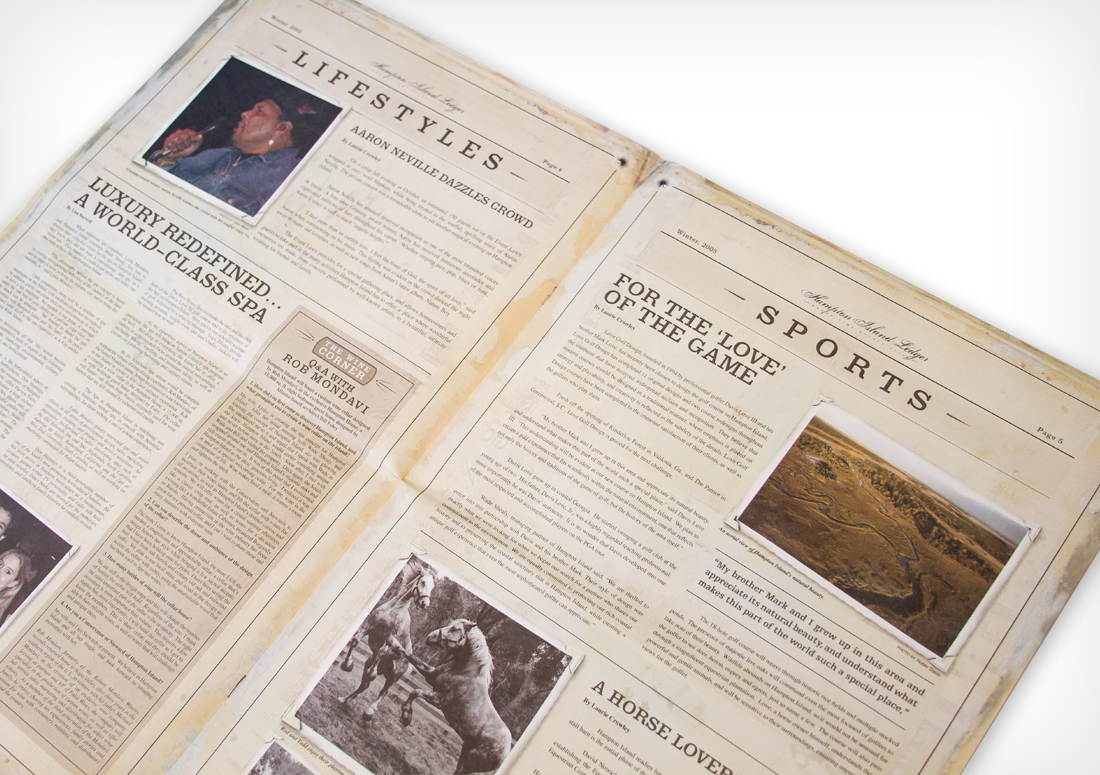 Hampton Island is an exclusive community that calls itself “a piece of paradise for a privileged few.” The island is located 35 minutes outside Savannah, near the town of Riceboro, Georgia (Liberty County), and lies approximately seven miles inland from the Atlantic Ocean. Hampton Island partnered with The Idea Boutique in order to make their vision a reality. The masterminds behind the community envisioned a one-of-a-kind, low-density, environmentally sensitive community that enhanced the magic of the land. Our creative team then took this vision and developed the Hampton Island brand by implementing design work, developing a website and publicity initiatives, and publishing supplemental material. The partnership between Hampton Island and The Idea Boutique was one of our most creative ventures, resulting in many ADDY awards.

On the weekend of November 5, 2005, a celebration was held on Hampton Island Preserve to showcase 16 homesites available for purchase there. The festivities began on Friday, November 4, and continued through the weekend with hunting, fishing, and boating excursions among the activities. Hampton Island Executive Chef Mathew Roher excited and impressed guests with an exquisite menu both Friday and Saturday evening while wine aficionado Robert Mondavi, Jr. (Hampton Island Stewardship owner) paired personally selected wines to complement each course.

After dinner on Saturday, guests were treated to a private Songwriters in the Round concert with special guests Amy Grant, Vince Gill, Michael McDonald, and others. Proceeds were donated to The Lighthouse Family Retreat, an Atlanta-based organization that has organized numerous retreats for young victims of cancer and their families in the Southeast (www.lighthousefamilyretreat.org).