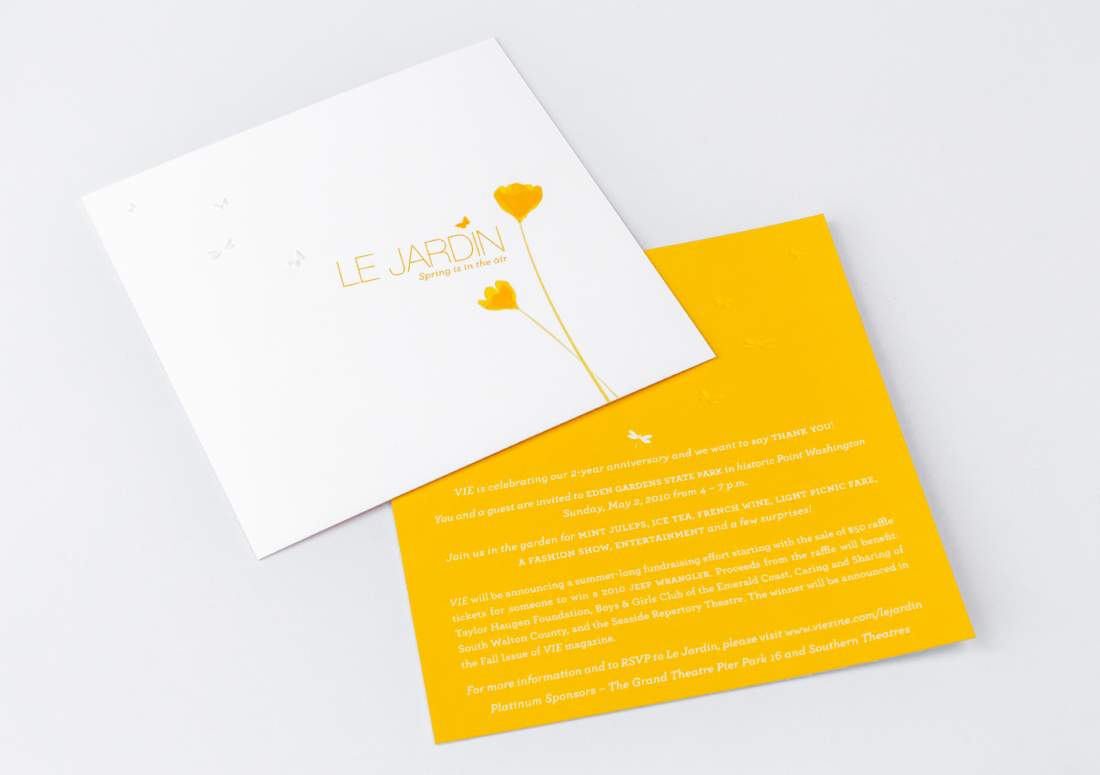 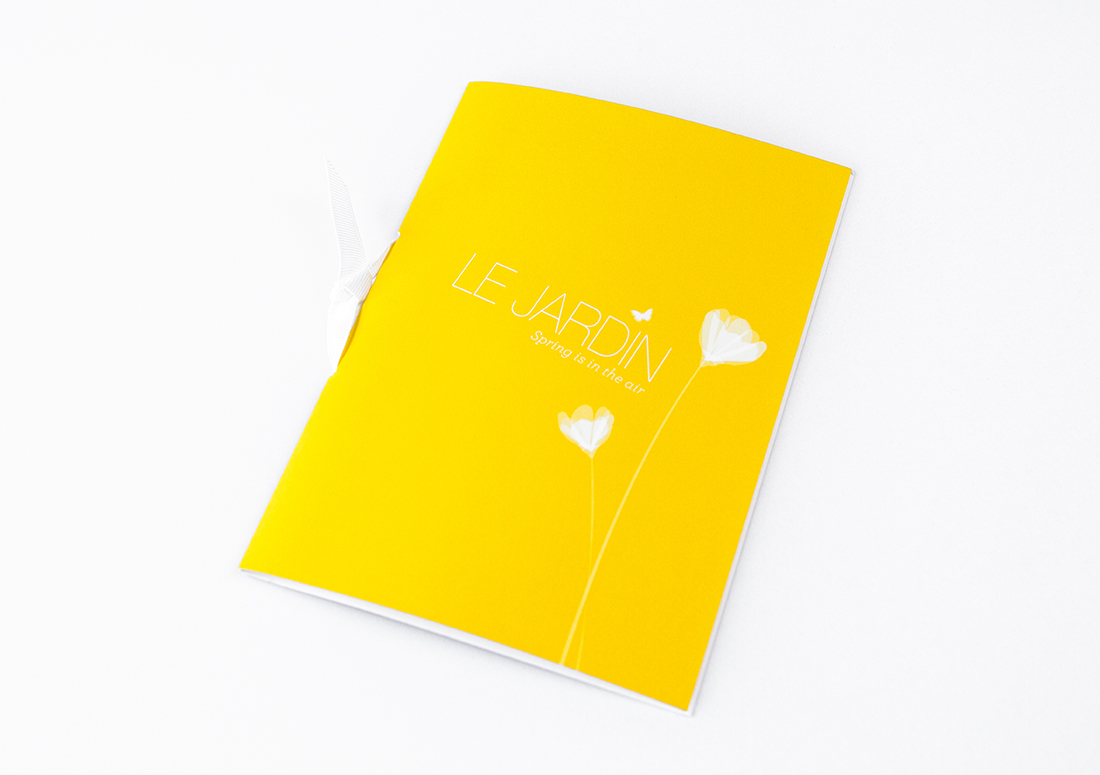 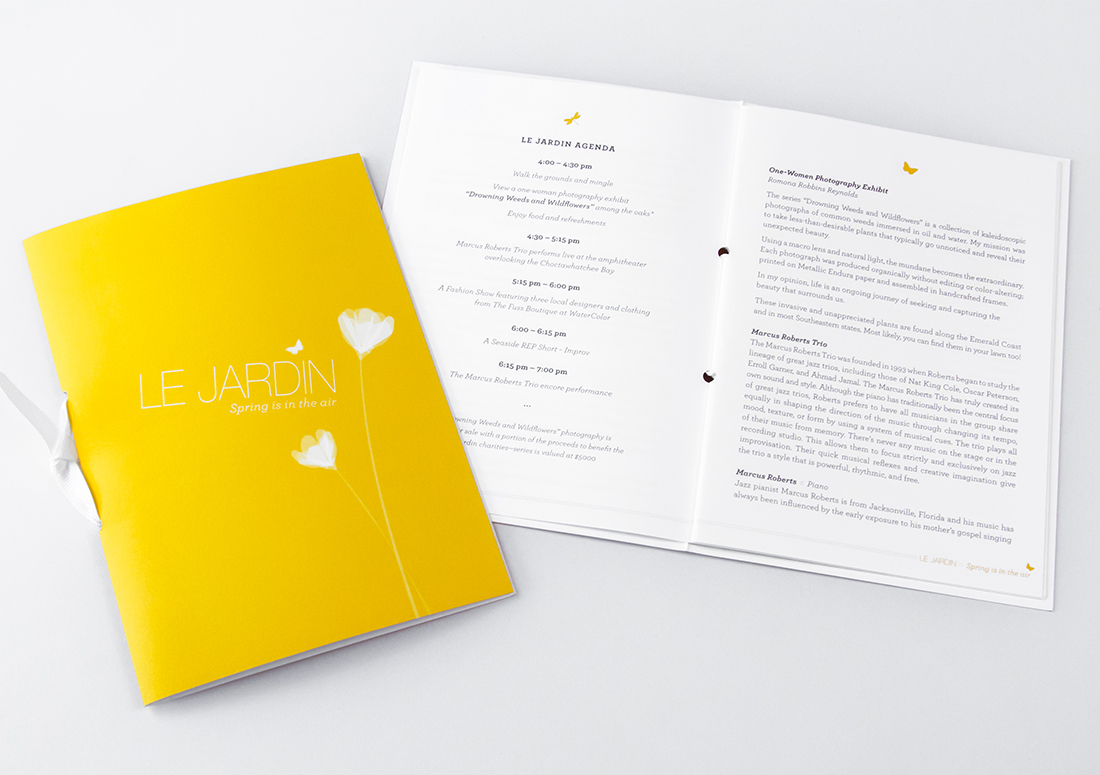 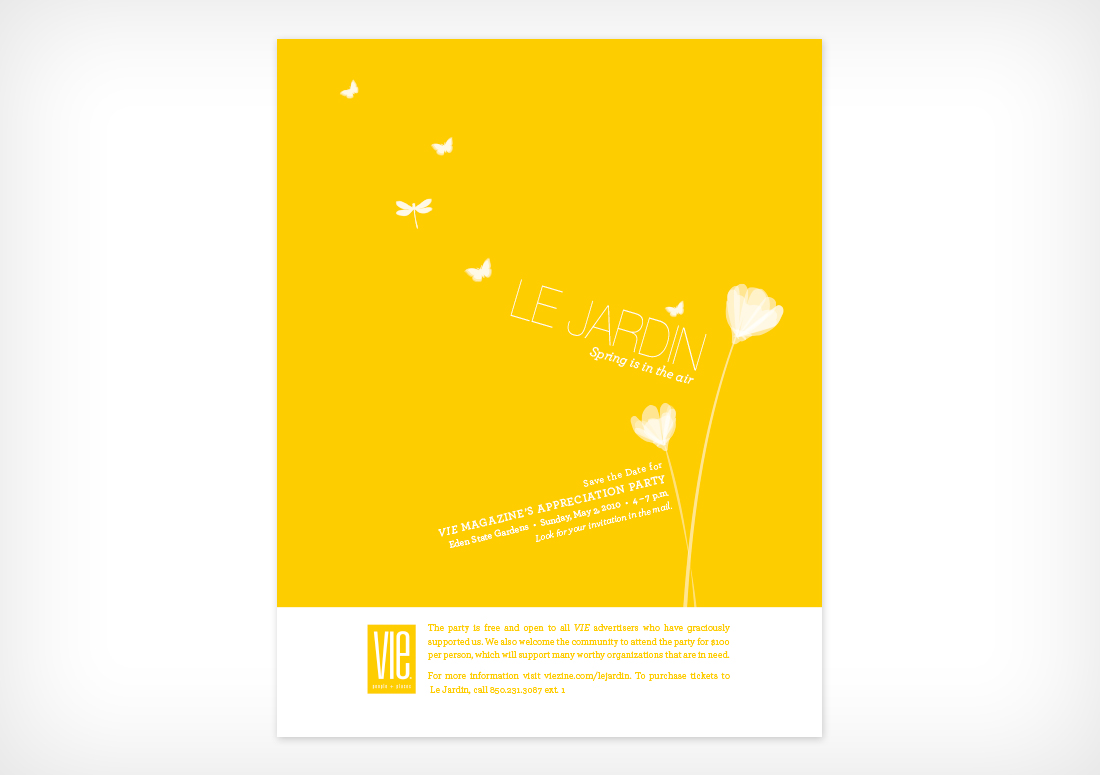 VIE, published by The Idea Boutique since 2008, held an appreciation party for its advertisers and other contributors from the community. The garden-themed party was called “Le Jardin,” French for “The Garden,” and was held at Eden Gardens State Park in Santa Rosa Beach, Florida.

Le Jardin was also the kickoff event for a new giveaway from VIE to benefit local charities. VIE gave away a 2010 Jeep Wrangler to the lucky winner of a raffle announced in the Fall 2010 issue. Proceeds benefited the Boys & Girls Club of the Emerald Coast, Caring and Sharing, The Taylor Haugen Foundation, and the Seaside Repertory Theatre.

Invitations, program books, print advertisements, and a website landing page were created for this event.