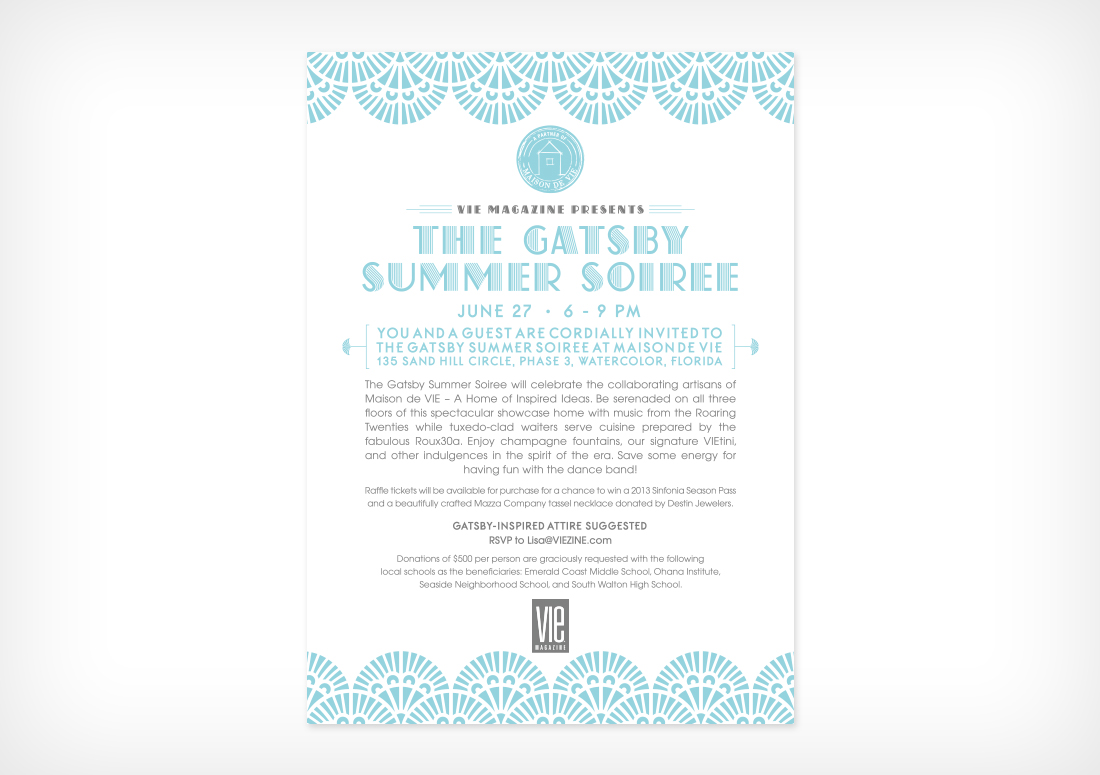 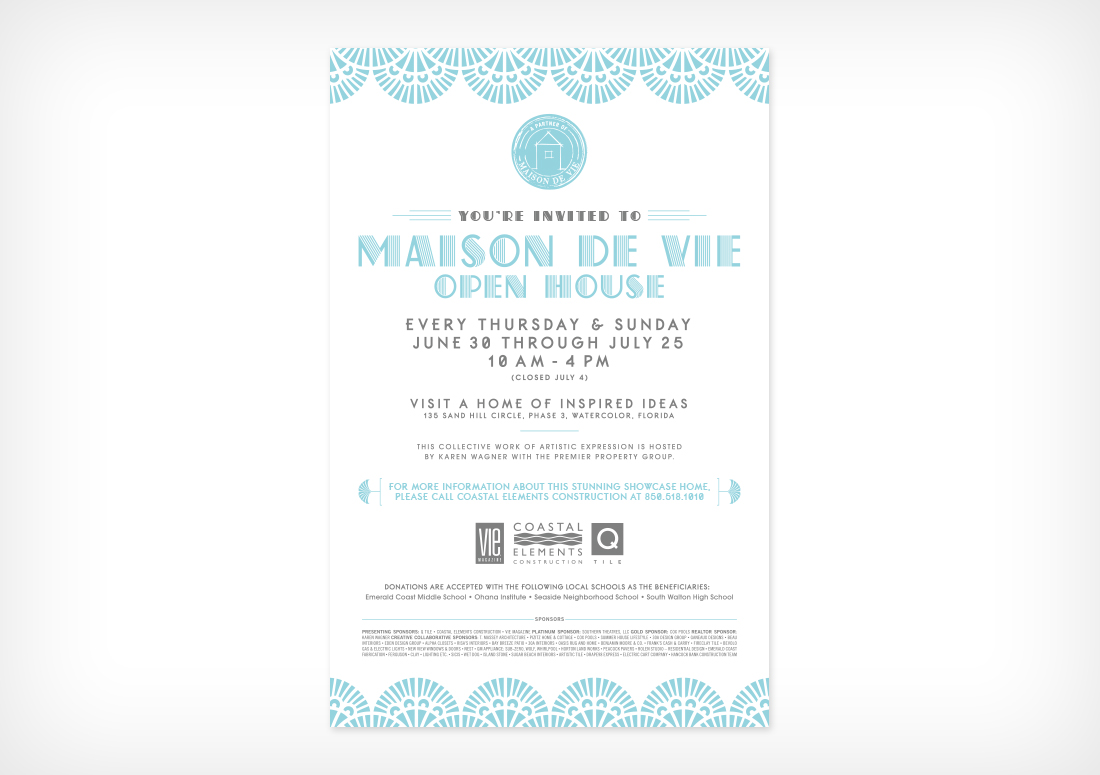 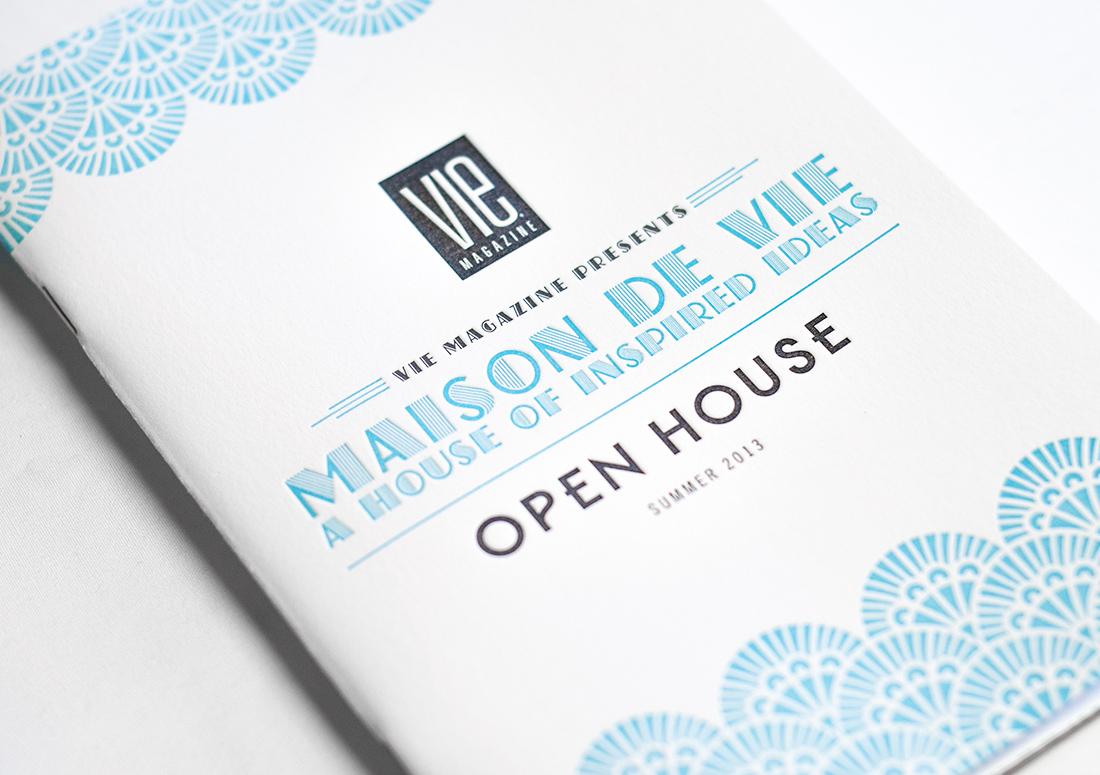 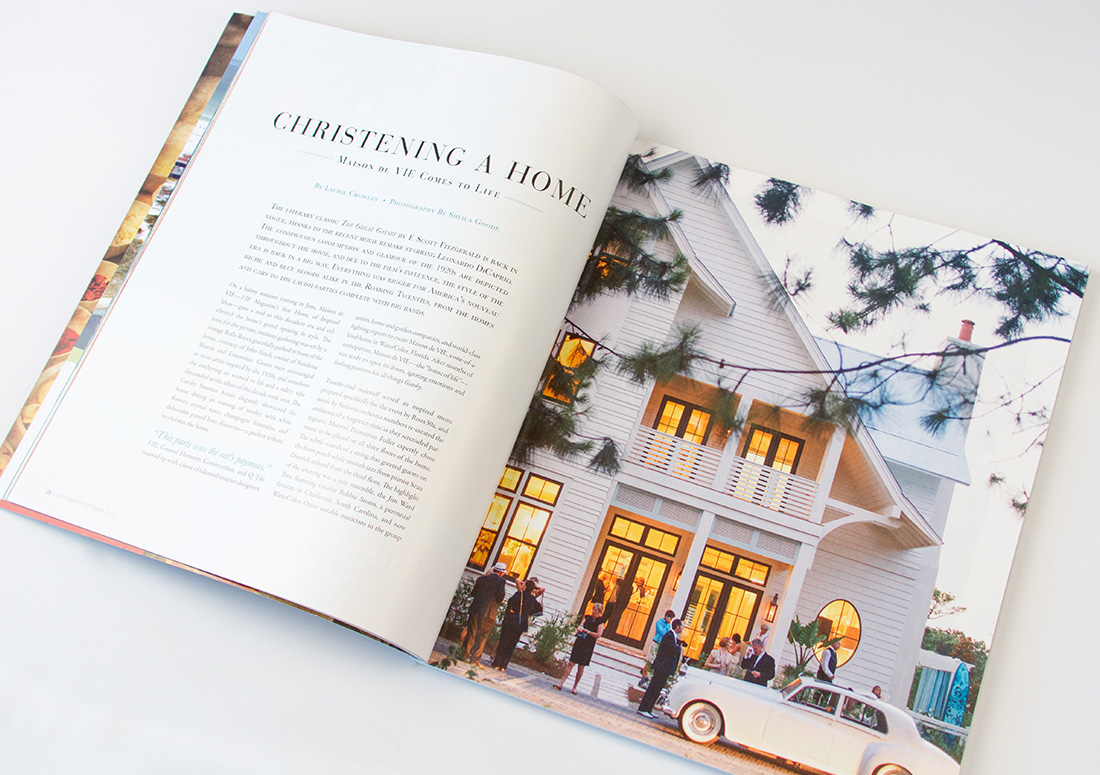 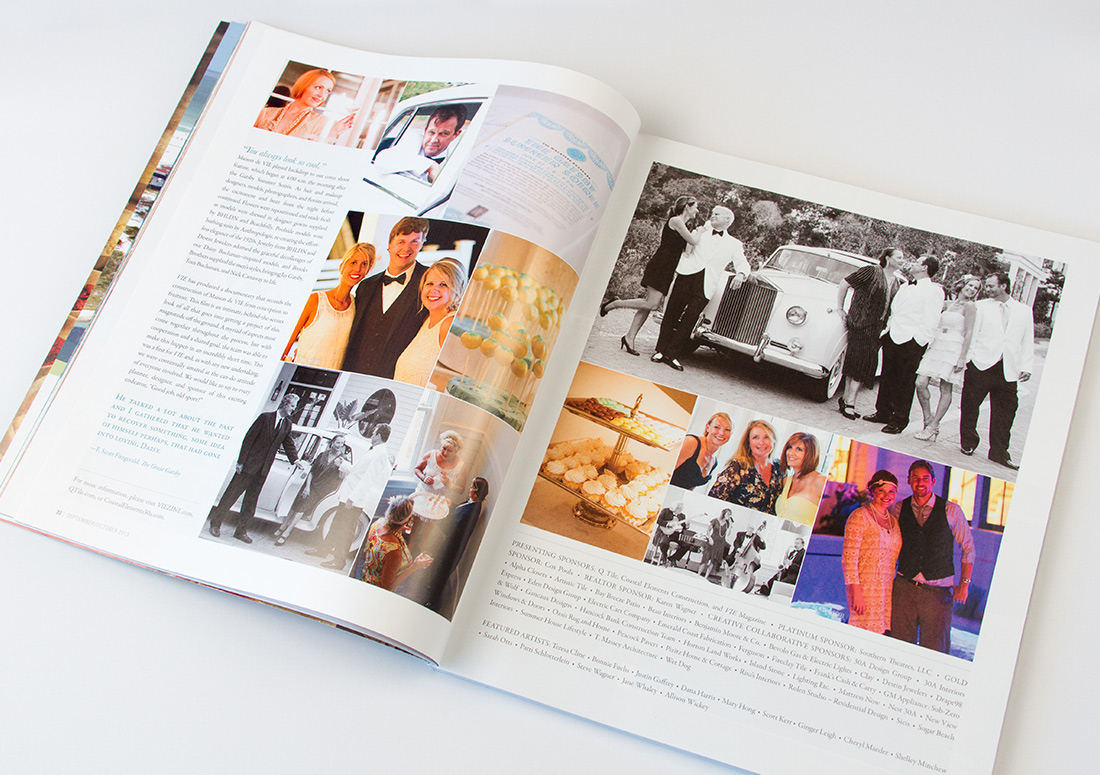 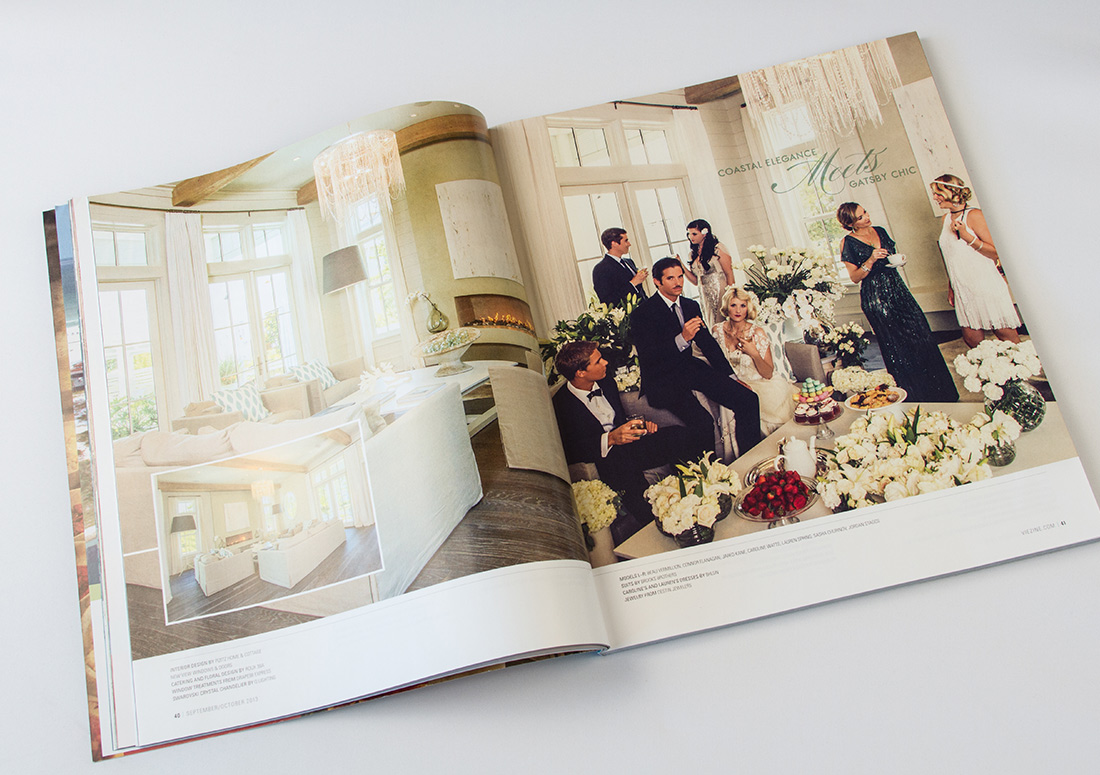 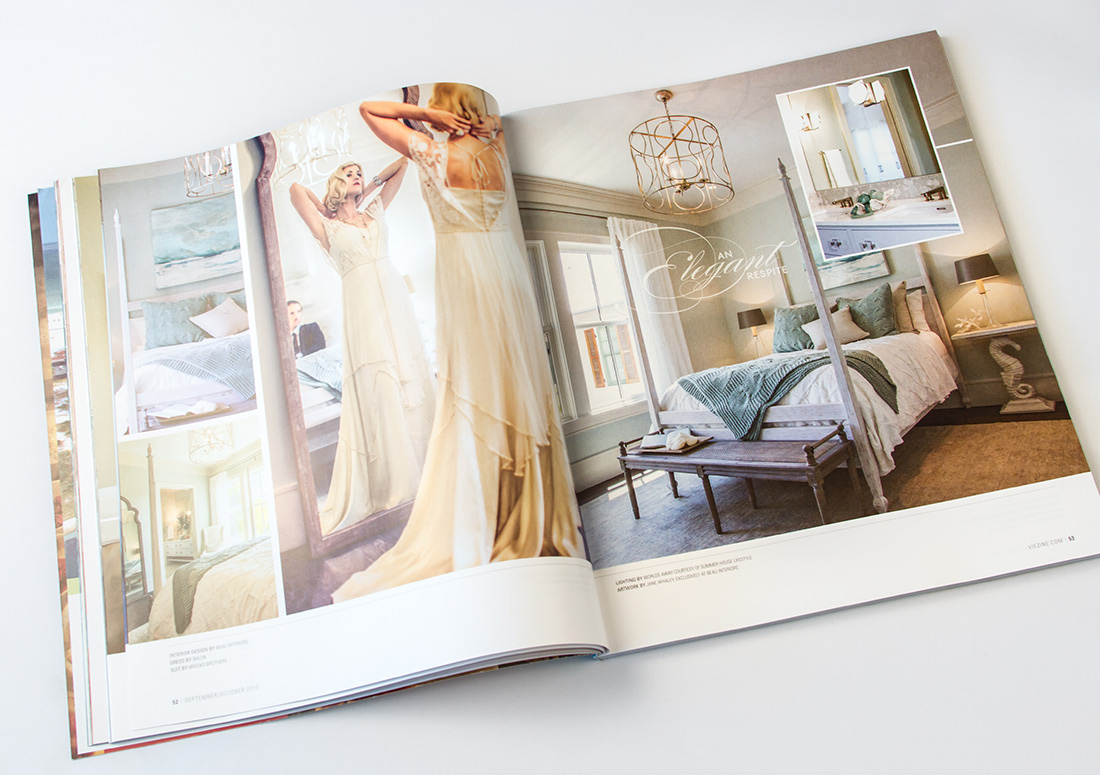 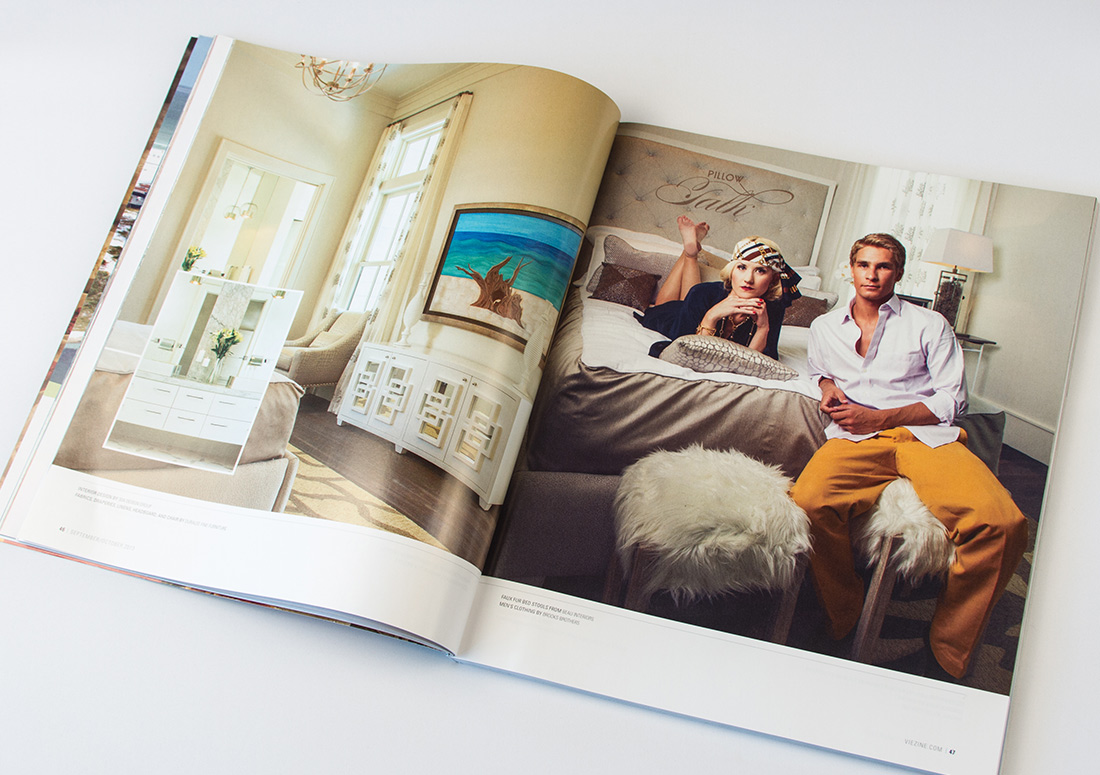 The Maison de VIE home, located in WaterColor Phase III, was envisioned by Coastal Elements Construction partners Scott Kurfirst and Jim Accola; and the architect of record, T. Massey, beautifully brought their vision to life. Q-Tile owner Suzy Accola originally presented VIE with the idea to sponsor and collaborate on Maison de VIE. Taking inspiration from the Roaring ’20s era and from Baz Luhrmann’s film adaptation of The Great Gatsby, VIE hosted an intimate cocktail soirée to debut the home, celebrating life with reckless abandon by creating a moment in time when happiness and fun collide.

The Idea Boutique also produced a documentary recording the construction of Maison de VIE from conception to fruition. This film is an intimate, behind-the-scenes look of all that goes into getting a project of this magnitude off the ground. Maison de VIE also played backdrop to VIE’s cover shoot and 40+ page feature and lookbook for the September/October 2013 Home & Garden Issue. In addition, printed collateral was created for the event including invitation design and open house informational booklets.

VIE’s first Home of Inspired Ideas gave a nod to the decadent 1920s era and celebrated the home’s grand opening in style. The tone for the private gathering was set by a vintage Rolls-Royce gracefully parked in front of the home courtesy of John Finch, owner of Sunshine Shuttle and Limousine. Guests were encouraged to wear attire inspired by the 1920s, and somehow the sweltering air seemed to lift and a sultry vibe descended as the allure of the decade took over. The Gatsby Summer Soirée elegantly showcased the Maison de VIE home during an evening of revelry, with white flowers, crystal vases, champagne fountains, and delectable passed hors d’oeuvres—a perfect tribute to christen the home.