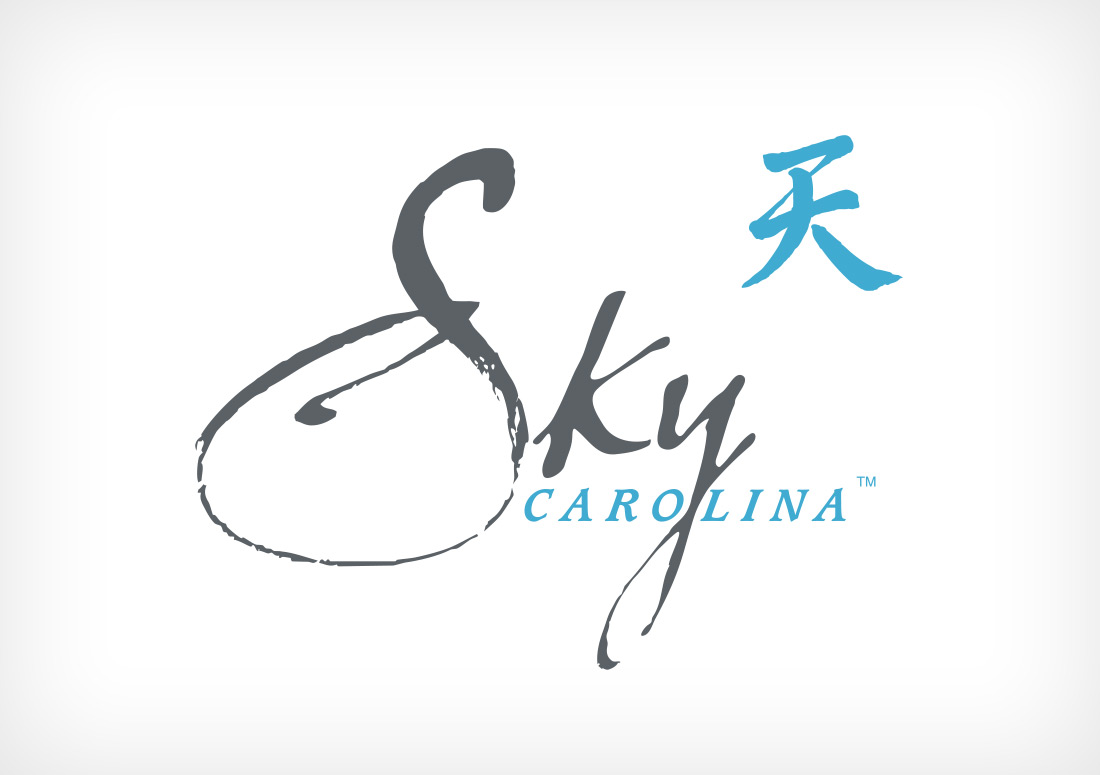 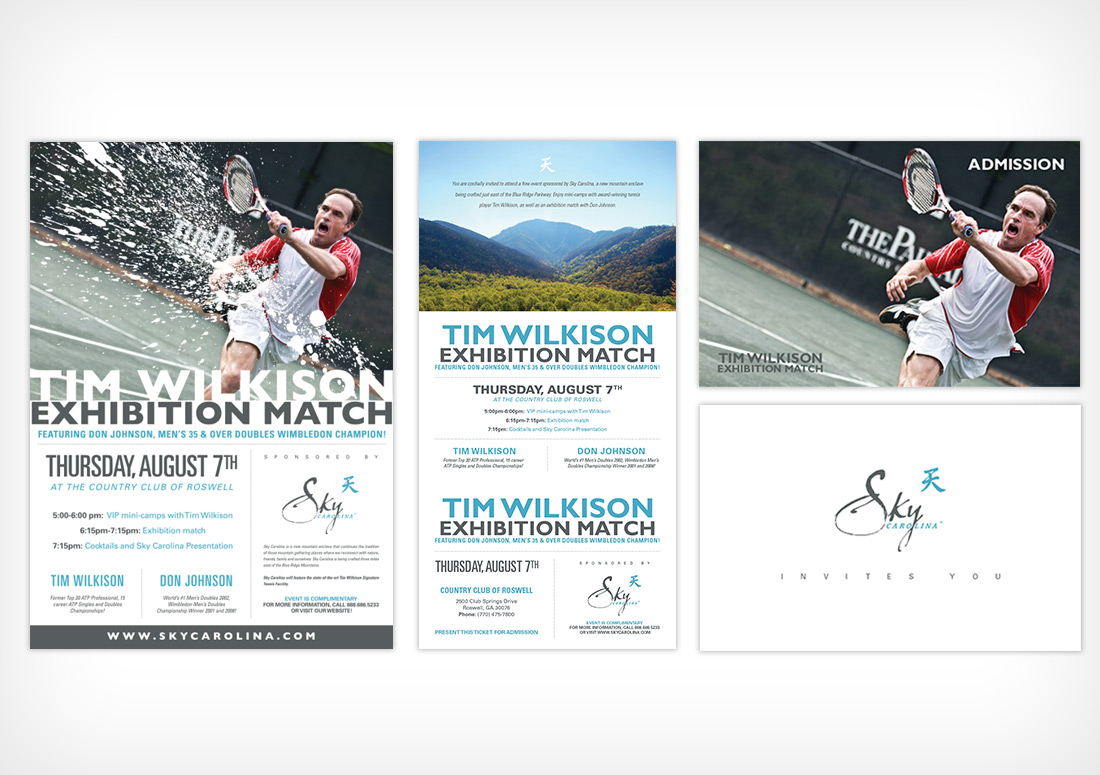 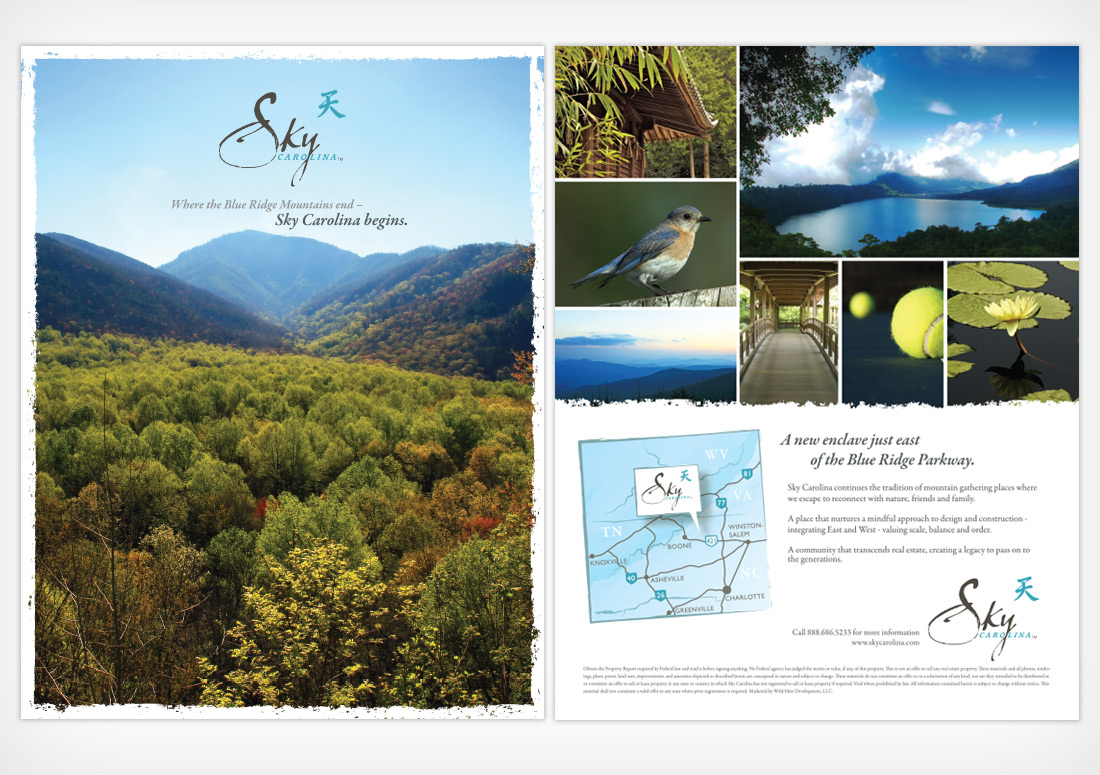 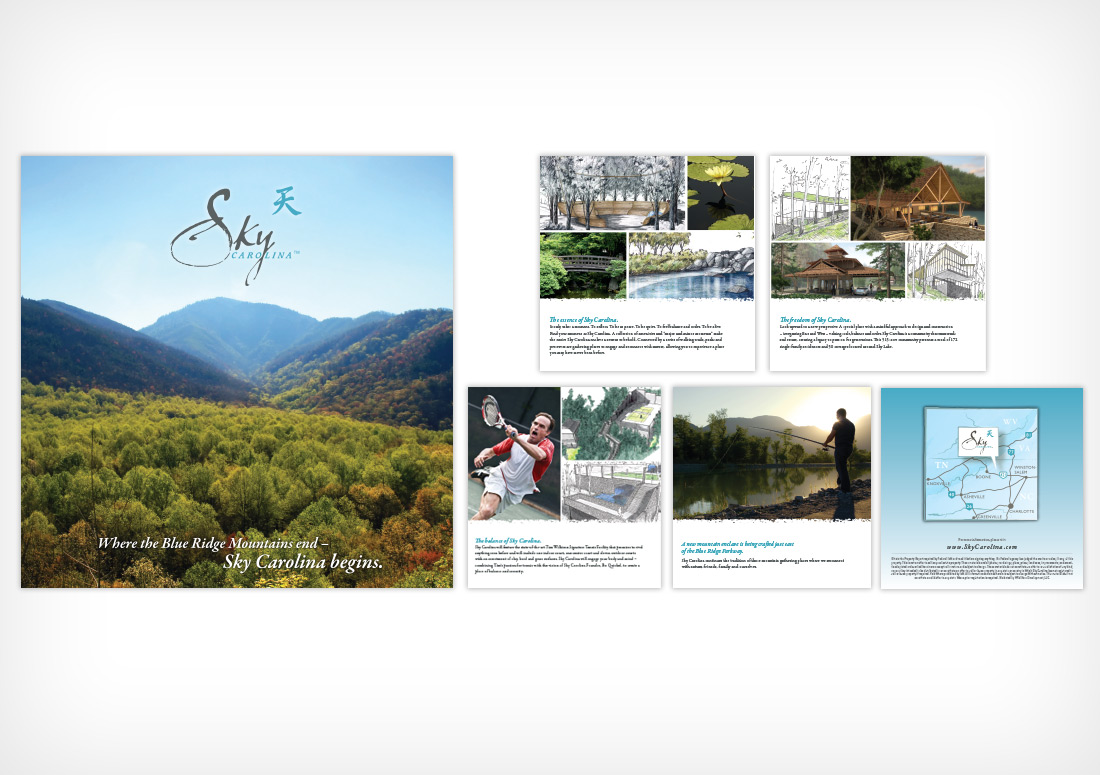 In 2008, a new real estate development was in the early planning stages in the Blue Ridge Mountains of North Carolina. The project, modeled in the New Urbanism genre like the Northwest Florida towns of Seaside, Rosemary Beach, and Alys Beach, would offer a new lifestyle—an unrivaled state-of-the art tennis development with an East-meets-West architectural vernacular. Eighty acres of untouched land was purchased by developer Bo Quickel with a vision for something that had never been done before. Cornerstone was hired to both name and brand the new venture from the ground up in what was one of the most exciting projects we’d worked on in a long time.

We named the planned community Sky Carolina and designed a logo that conveyed the Zen ambience and Eastern influence that would be found in both its architecture and its personality. Once the branding was established, we carried the brand promise throughout the web design, the public relations program, and the collateral, and then held a series of tennis events throughout the Southeast. An aggressive program commenced with lots of momentum and attention to this new way of life: Where the Blue Ridge Mountains end—Sky Carolina begins. This new enclave was located just east of the Blue Ridge Mountains in North Carolina.