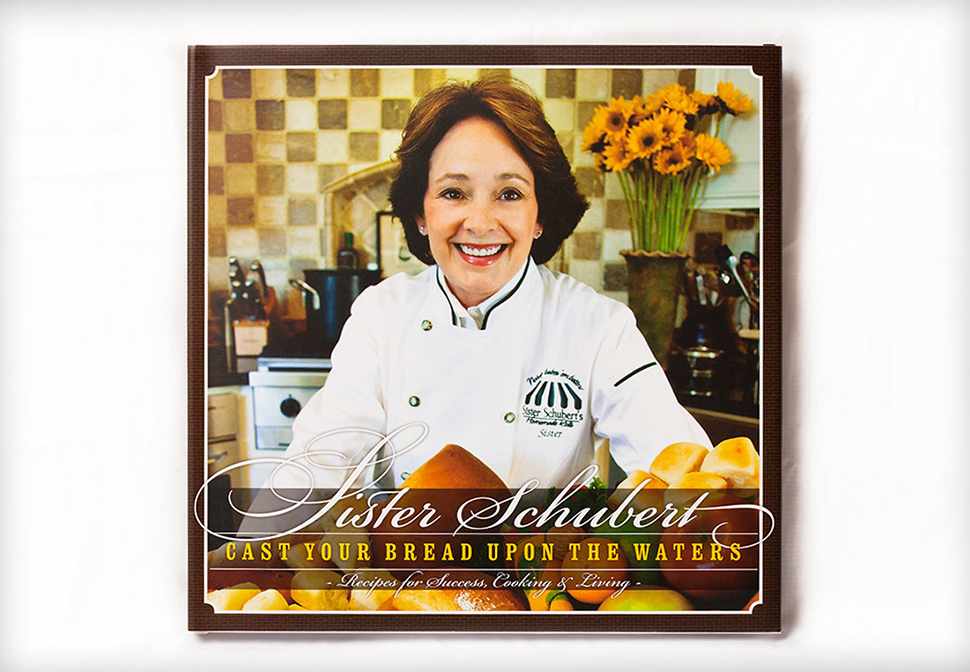 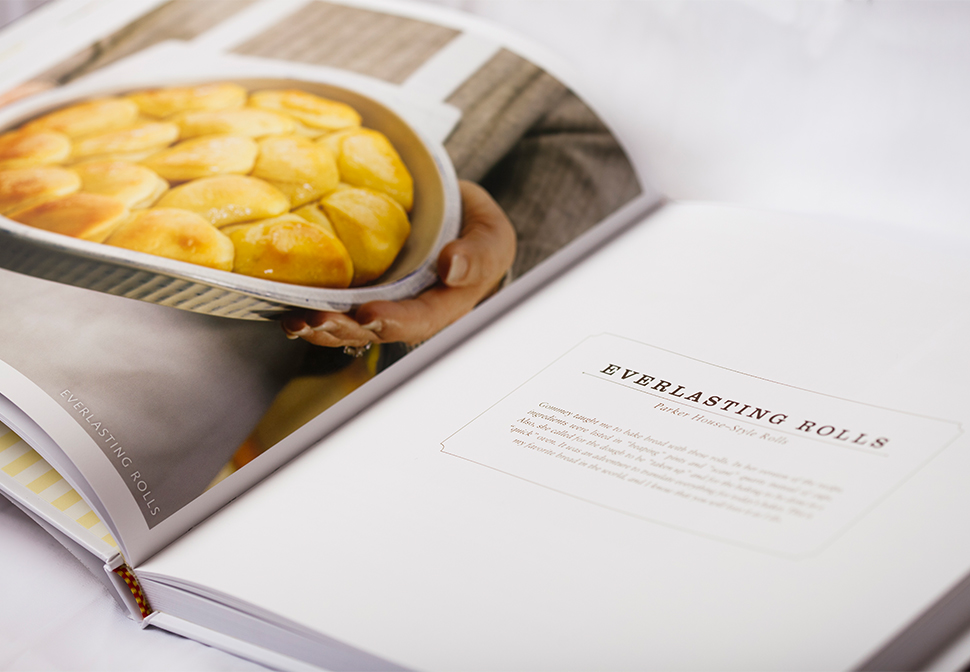 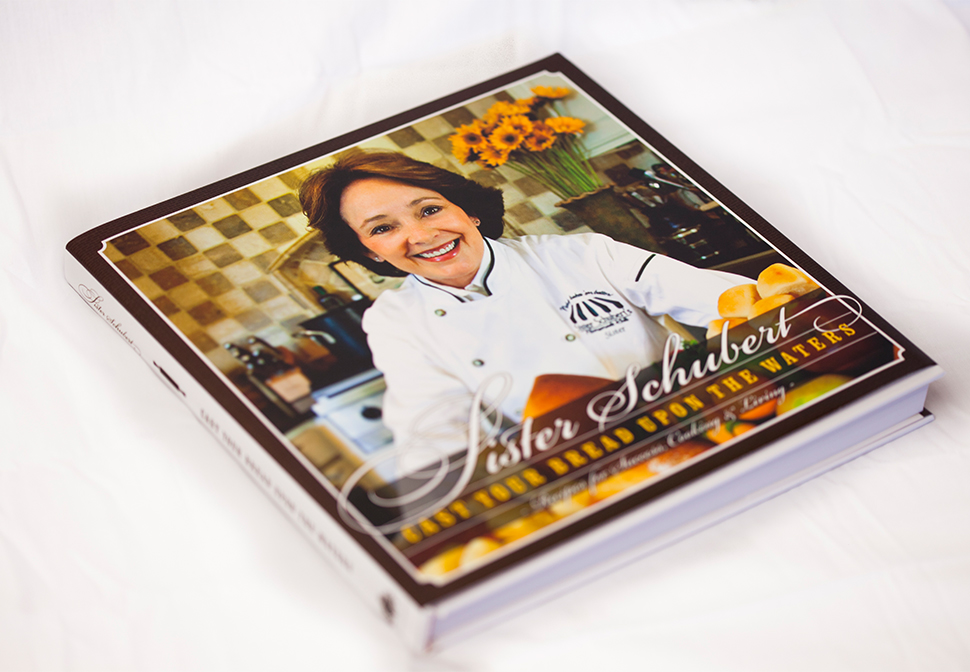 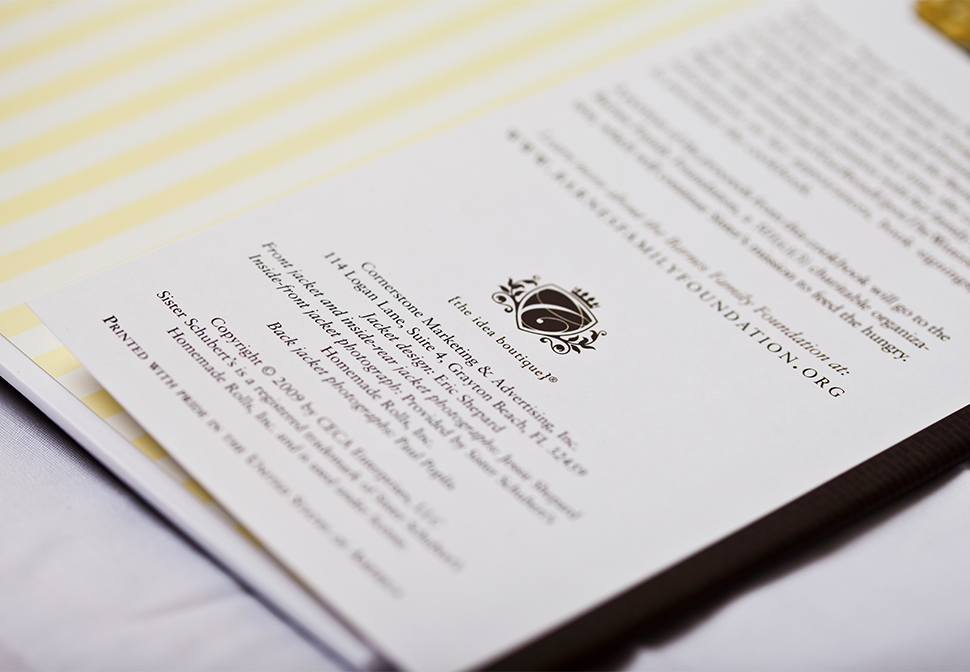 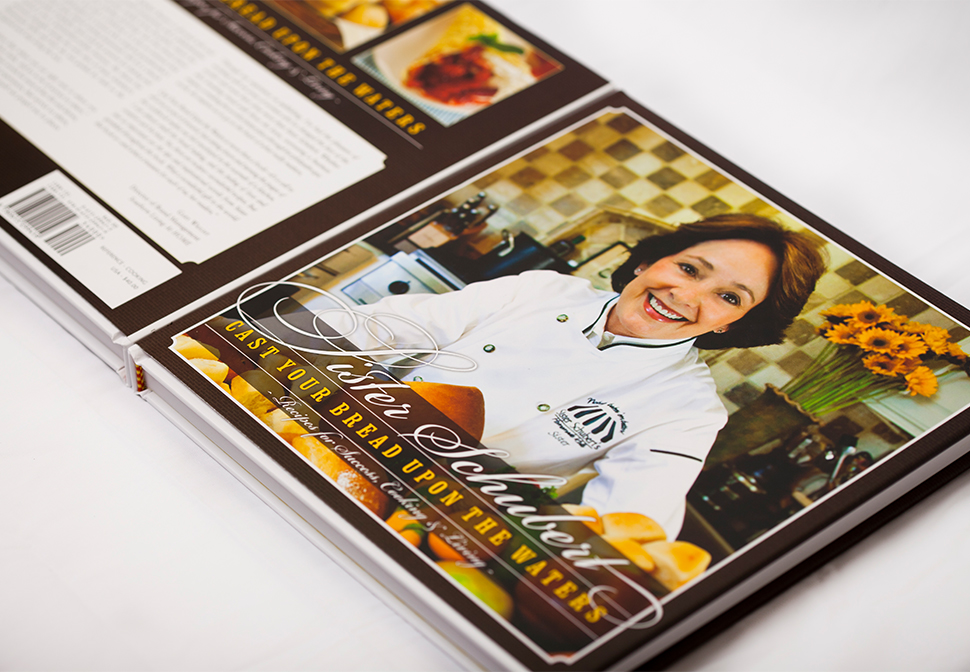 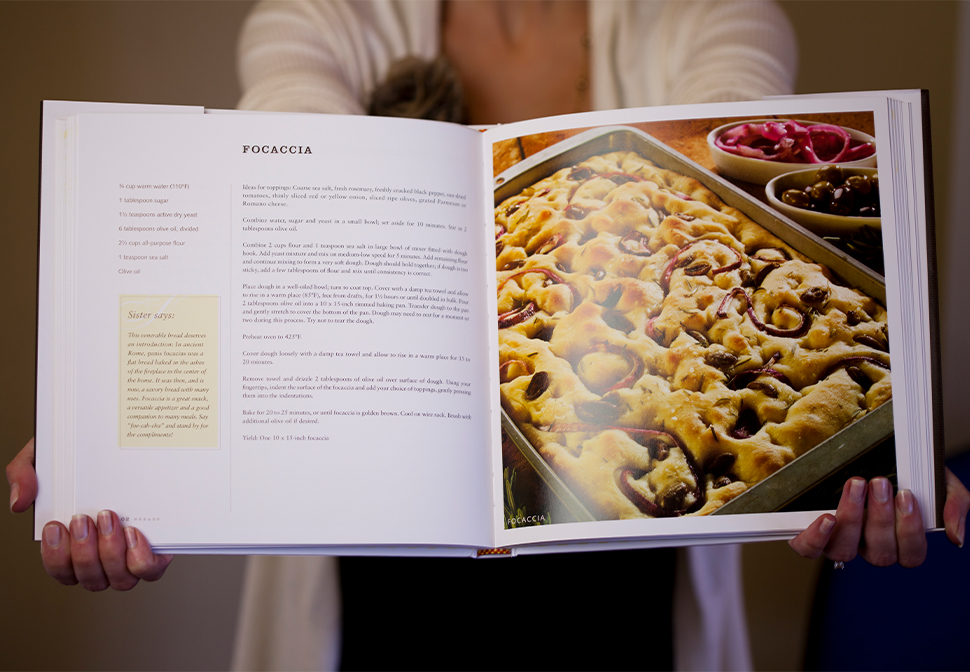 The name Sister Schubert is synonymous with mouthwatering homemade frozen dinner and cinnamon rolls that you can pop in your oven and look like a hero around the dinner table; they are often devoured well before the meal is done. This Kappa Delta Southern belle hailing from Andalusia, Alabama, is the real deal. This beautiful woman is a go-getter, entrepreneur, philanthropist, and humanitarian—we should all have half of her energy and enthusiasm! She started out making rolls in her kitchen for church bake sales and turned that enterprise into a company worthy of frozen food giant Marzetti, who purchased it for over $40 million, retaining Sister Schubert as the face of the brand. When we met Sister, she asked us to publish and design a hardcover coffee-table cookbook of recipes handed down to her from her grandmother; and so we did! This 160-page luxury glossy cookbook was to emulate a Martha Stewart vibe, and since we endearingly referred to Sister as the Martha Stewart of the South, we knew just what to do.

We published Cast Your Bread Upon the Waters: Recipes for Success, Cooking, and Living, which we felt was both a marketable and appropriate name. Since Sister is Christian and credits all of her success to God, she has built an empire extolling that it was her faith that brought her to where she is. She wants to—and does—give back to people and organizations everywhere she goes. All proceeds from her book benefitted Sister’s Ukrainian orphanage, Sasha’s Home. It was founded while Sister was on a trip to Ukraine several years ago, where she fell in love with one of the children with clubfeet; Sister took him home, officially adopted him, and fixed his feet! Since she “walks the walk,” many are fascinated with her story, which brings us to the book’s title—from a branding perspective, we felt it was perfect.

We published the book, from concept through completion, in nine months. That included photo shoots for the cover and interior pages, working alongside other well-known contributing photographers, graphic design, printing oversight and selection, editing, naming the book, establishing the price, registering and copyrighting with the Library of Congress, and scheduling events and book signings throughout the South. We created a website for Sister’s book, complete with a shopping cart enabling her to sell it at full price rather than sharing half the price with bookstores. This allowed our client to make more money, which she could pour into Sasha’s Home.