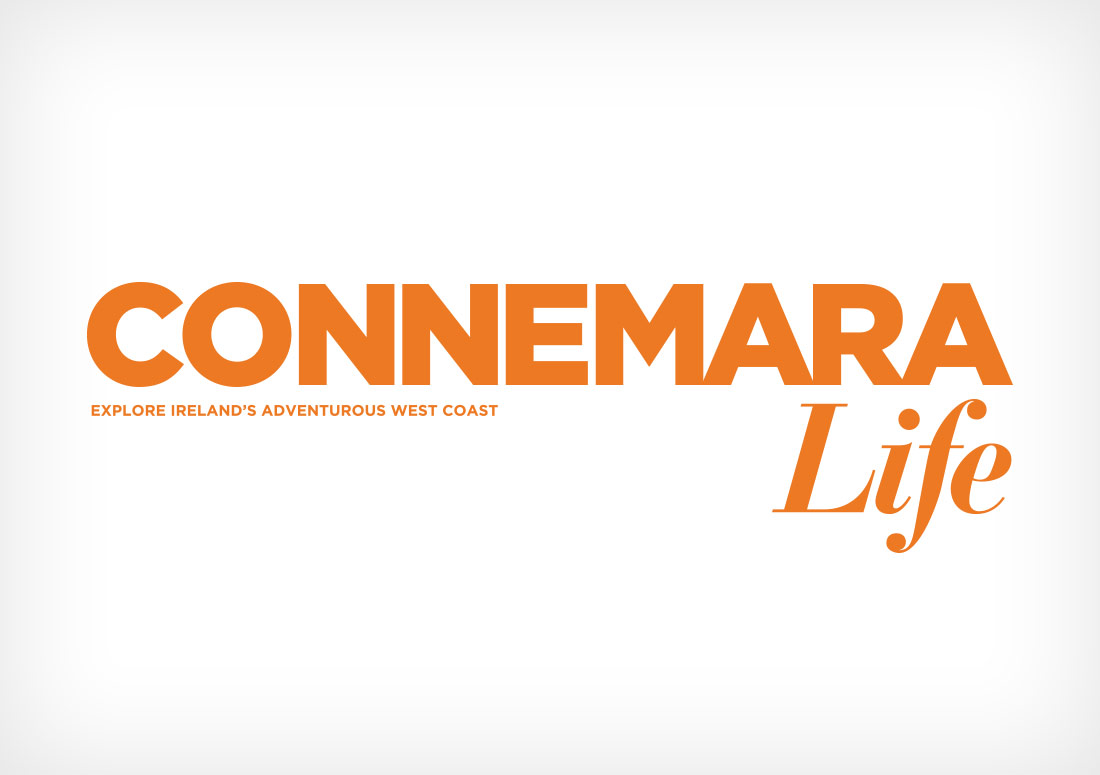 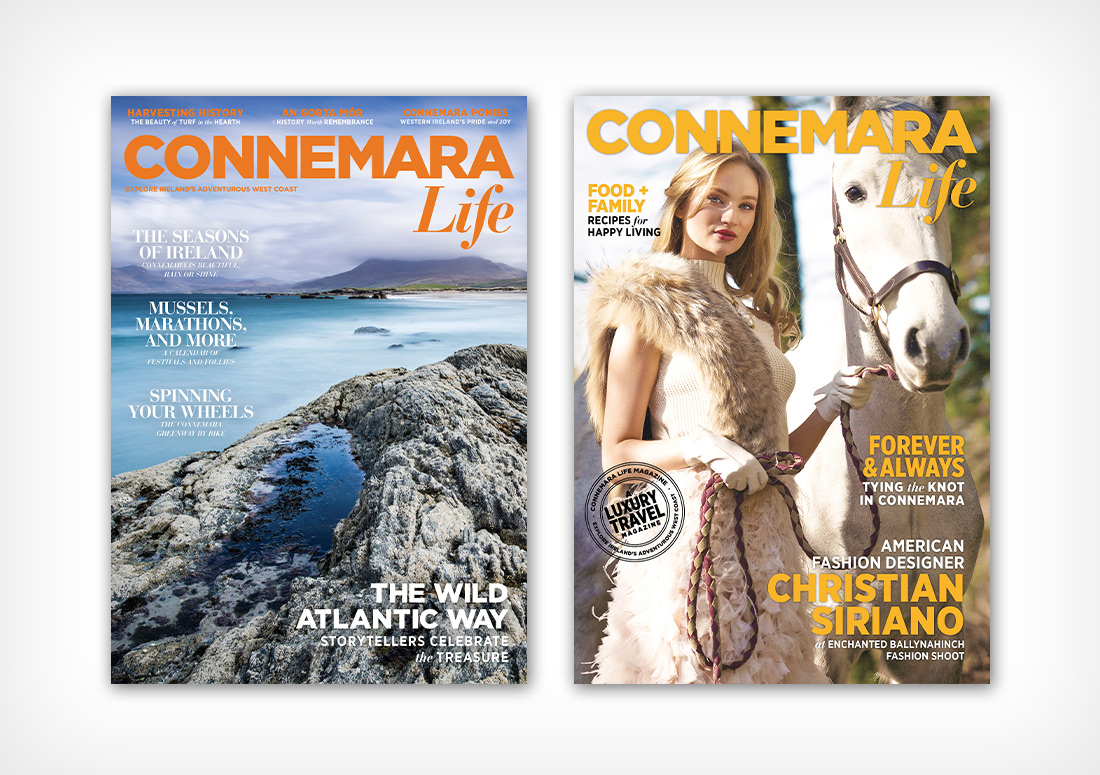 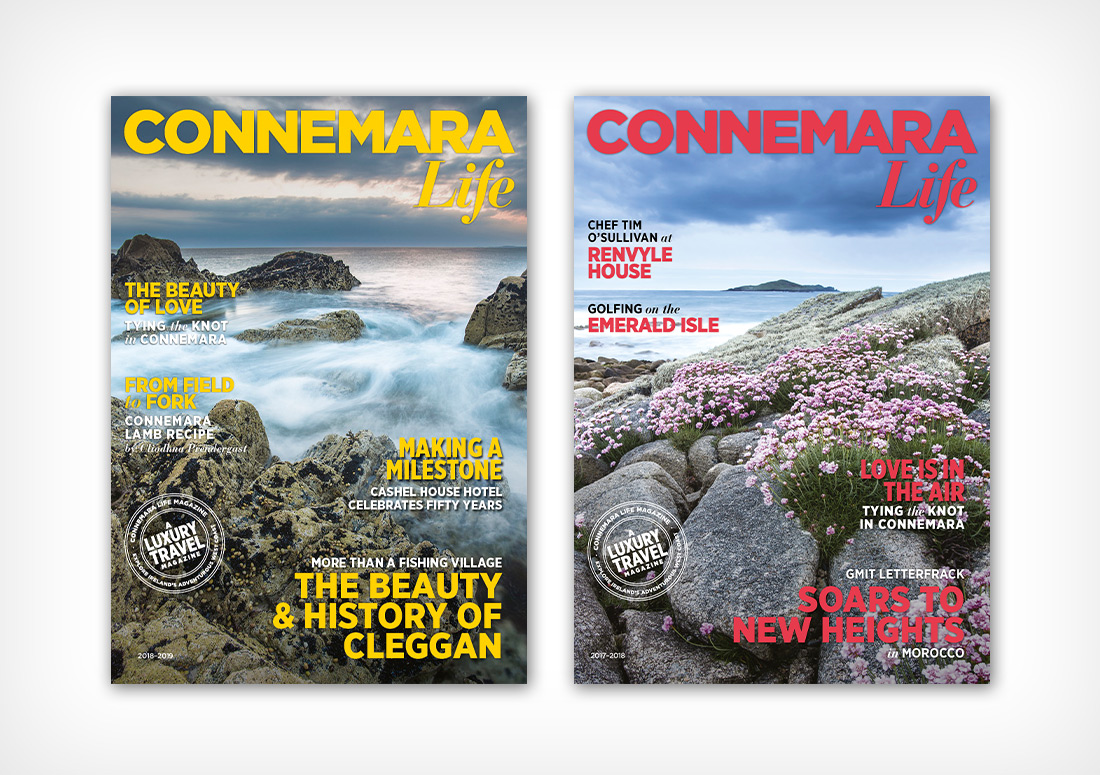 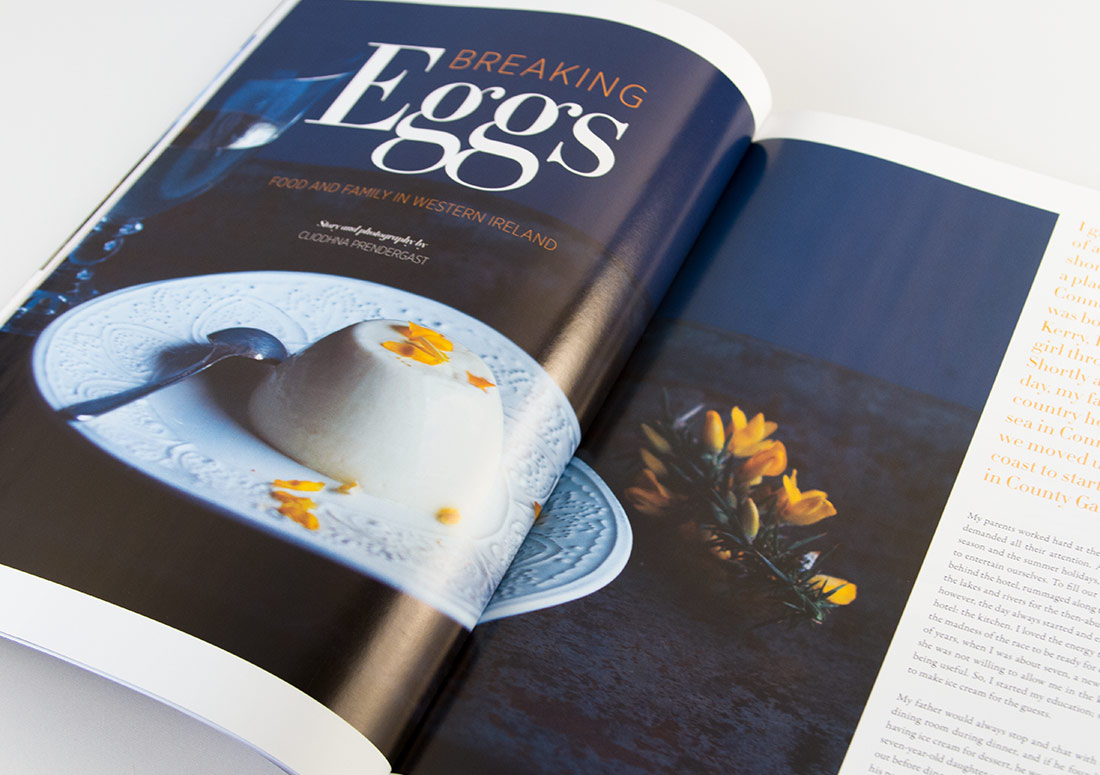 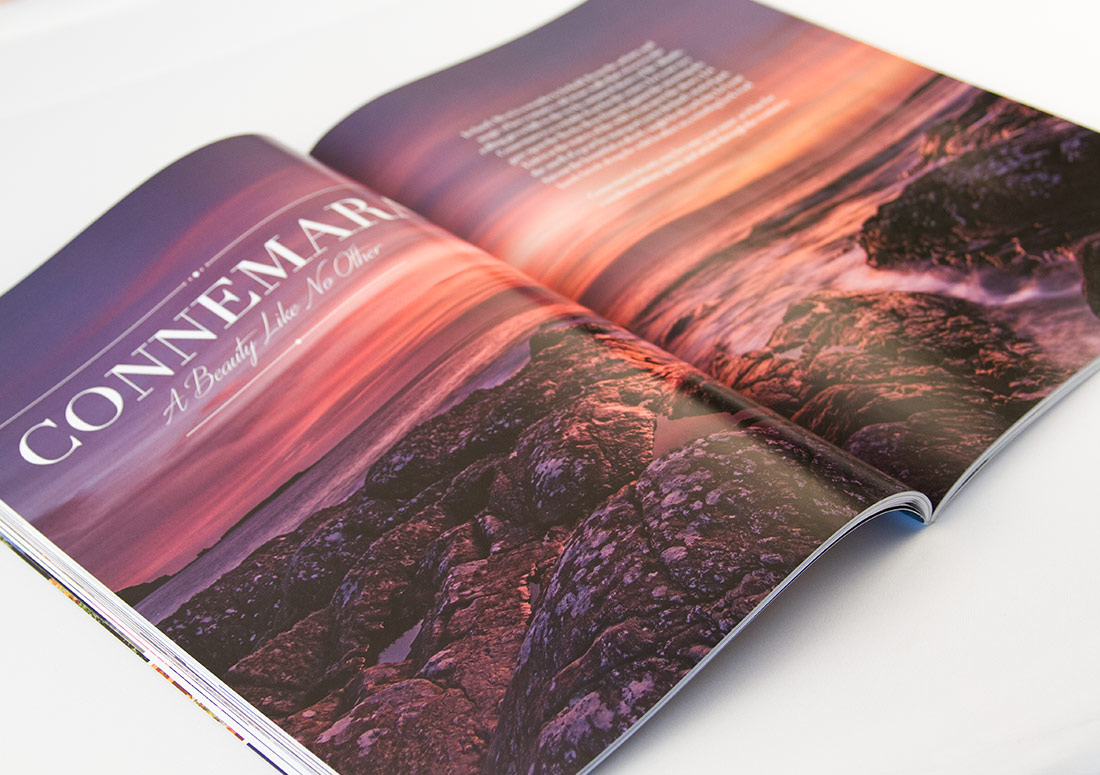 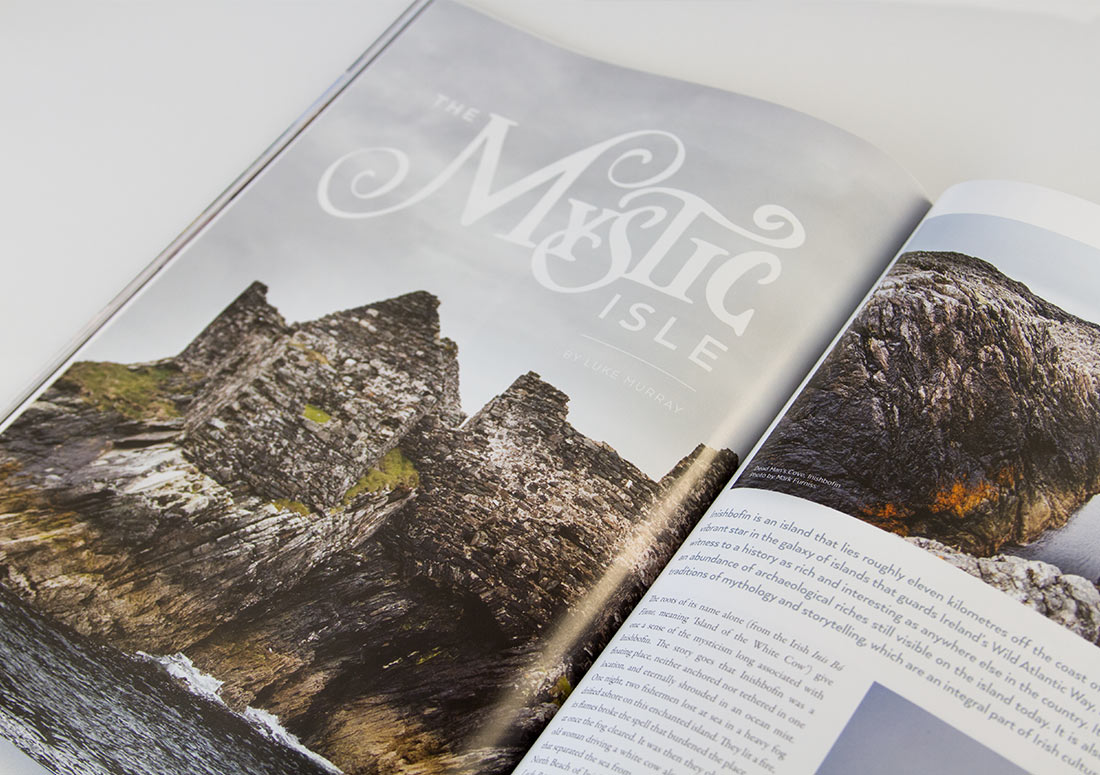 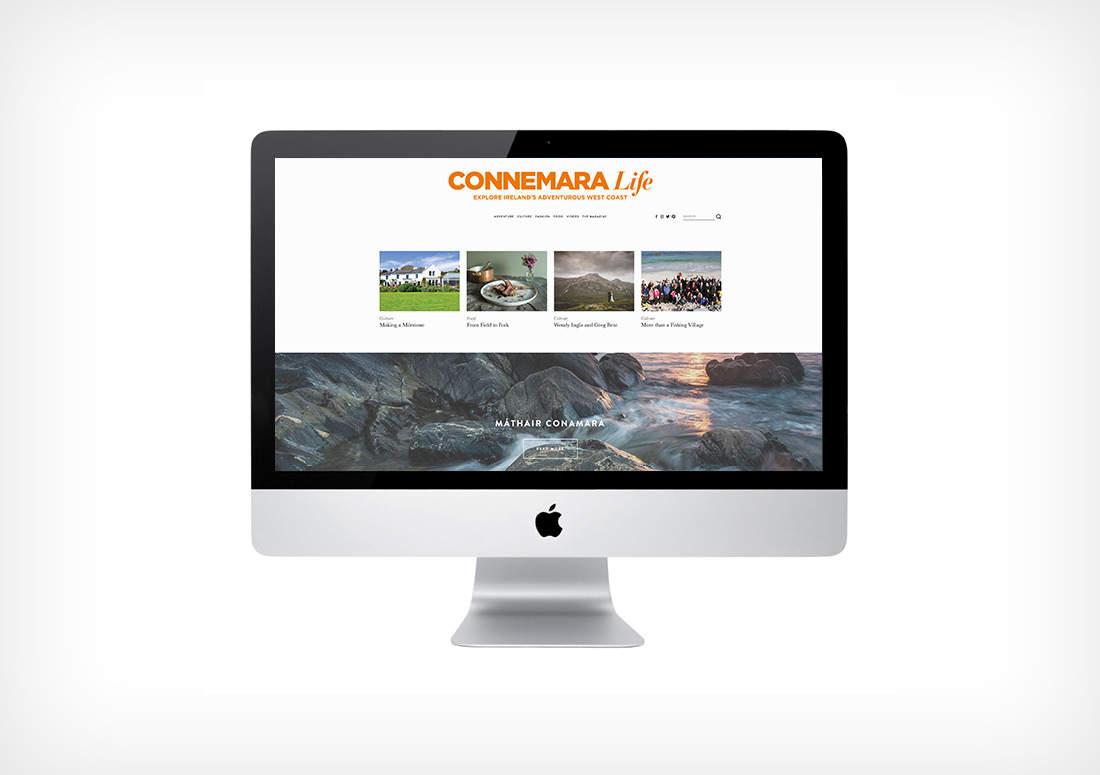 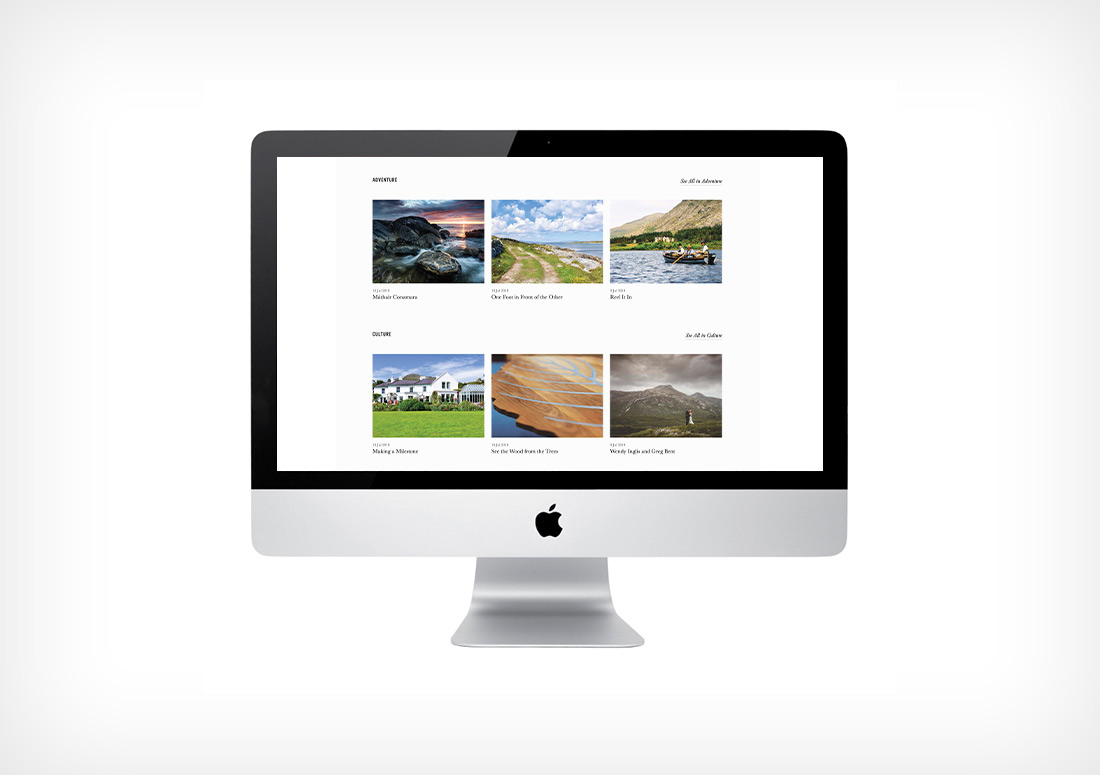 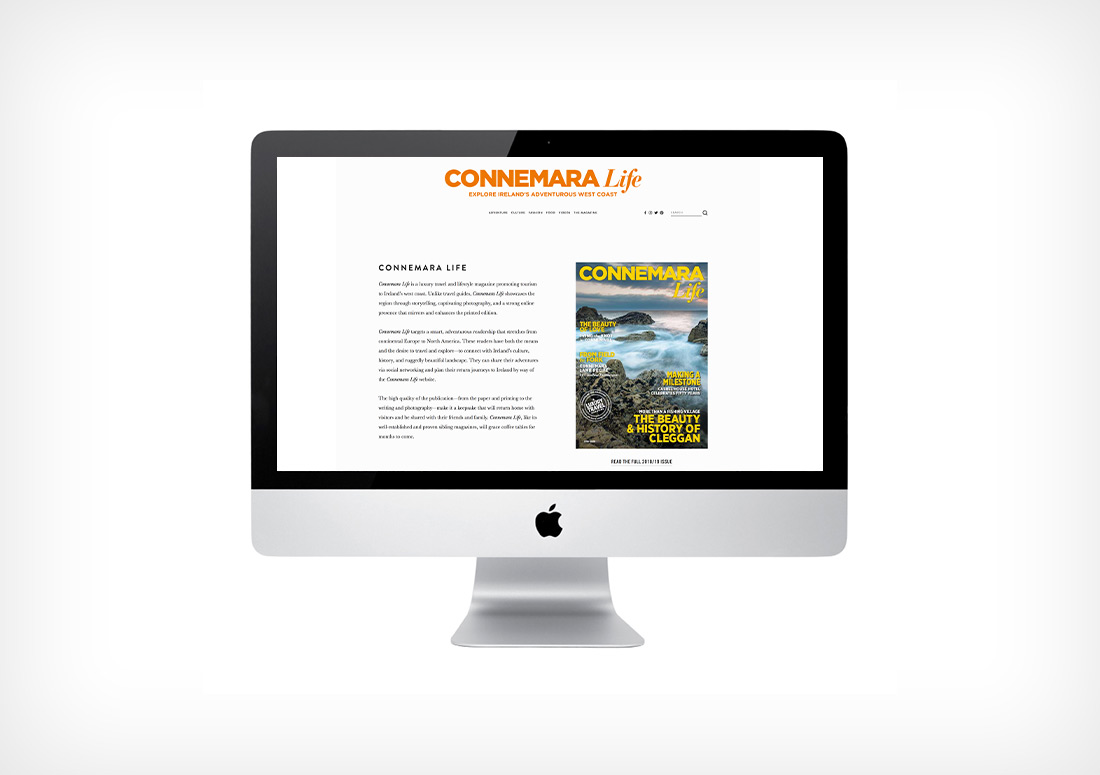 In August 2014, The Idea Boutique launched the grand opening of its first international branch, The Idea Boutique Ltd., in Clifden, County Galway, Ireland. As a way to embed ourselves into the community and to show potential clients around the world what we do best, The Idea Boutique also started a magazine, Connemara Life, which showcases the renowned beauty and rich culture of western Ireland, known as the Connemara region.

The first issue of Connemara Life was published in July 2015 and was very well received by audiences in Ireland and the US. Its content included travel and cultural pieces on Connemara destinations and businesses, Irish traditions, and more, produced by Irish journalists and photographers and then woven together by our design and editorial staff in America. The first issue’s cover featured the beautiful landscape of Renvyle Beach photographed by Mark Furniss.

We were honored that Connemara Life 2015 was nominated in the following categories at the Irish Magazine Awards presented by Magazines Ireland: Best Cover, Best Photographer (Mark Furniss), Best Innovation, and Best Design Team.

Connemara Life 2016–2017 was published in June 2016, with the wondrous Ballynahinch Castle Hotel as the backdrop of its cover story and enchanting photo spread featuring clothing by American fashion designer and CFDA member Christian Siriano, along with Irish models Clara McSweeney and Faye Dinsmore. We are proud and excited to continue sharing the joys of Connemara with the world through this luxury travel and culture magazine.

The 2016–2017 issue was nominated for Irish Magazine Awards nominations in three categories: Annual of the Year, Photographer of the Year – Cliodhna Prendergast, and Innovation of the Year! It was a truly spectacular event in Dublin, and we were very much humbled and honored to have our work recognized again.

Connemara Life 2017–2018 was released in summer of 2017. Once again, the rugged countryside of the beautiful Wild Atlantic Way was the star on the cover, with a gorgeous photo of the coastline and sea thrift blooming on Omey Island taken by Mark Furniss. The issue featured Connemara weddings, golf retreats, fashion by Ciara Silke, and much more.

Photographer Mark Furniss once again worked his magic for the cover Connemara Life 2018–2019, which debuted in July of 2018. The dreamy photo highlights one of his favorite surf spots at Dunloughan Bay. Stories inside the magazine included an update on the renovations at Ballynahinch Castle, a delicious recipe and insights on Connemara lamb by Cliodhna Prendergast, a poem by our managing editor, and celebrations of milestones for Cashel House Hotel and Paddy Coyne’s pub, to name a few.

Readers around the world can enjoy tales from the west of Ireland through the ConnemaraLife.ie website, built and maintained by The Idea Boutique. Stories from each issue of Connemara Life are featured in the United States through publishing in special sections of VIE magazine and online.

Opening our Irish satellite office, The Idea Boutique, Ltd., in Clifden, County Galway, two years ago has been an adventure. Our initial intent was to expand our branding and marketing services overseas, and to utilize a pool of well-educated digital and web developers from Ireland for our American clients. To showcase our abilities within a new marketplace, we launched the travel and lifestyle magazine, Connemara Life, now in its second year. White couture evening gowns by Christian Siriano were selected to stand beside white Connemara ponies with the lush green hills of Ireland as the backdrop when shooting the covers of the second annual Connemara Life and VIE’s November/December 2016 issue. Christian Siriano upped the ante by personally assisting our creative team in the execution of the large-scale photography production. Models were handpicked from a Dublin modeling agency, hair and makeup by Bellissimo Salon in Galway, and photography by Dublin-based Alex Hutchinson added to the success of the shoot.